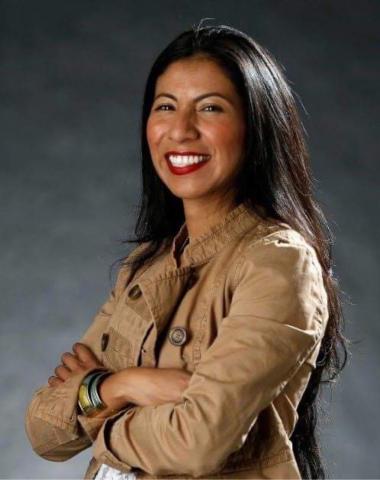 photo credit: Isabel Lopez/Raizes Collective
When Isabel Lopez was a student at Santa Rosa High School’s ArtQuest program, she says she felt invisible as one of few Latina students enrolled in the program. Lopez went on to graduate from Sacramento State, before taking a corporate job.. When her position was moved out of state, Lopez says she sensed an opportunity to begin working within her community.
"I was working for a huge corporate insurance company, and they were closing all the operation offices. So it was my opportunity to really figure out what my purpose was." Lopez said. "So I started volunteering, but I also saw a need to create spaces for artists and cultural workers of color."
For Lopez, that led to creating Raizes Collective in 2015. With a mission to empower the North Bay BIPOC community through art, culture, and environmental education, Raizes has worked closely with numerous artists of color. Plus community groups like the Latino Community Foundation and Creative Sonoma, and student organizations like the Latinx Student Congress and Gay Student Alliance. In 2016 Raizes partnered with Stewards of the Redwoods to host its first Youth Environmental Artivist Summit.
Lopez said, "We took about 15 students out to camp for a week at Pomo Canyon, and we exposed the kids to different organizations that were doing environmental, social justice work. And we did a mural on the salmon cycle and brought in indigenous cultural workers to talk about indigenous centered environmental education." Said Lopez.
Current Raizes projects include working with students at Healdsburg High on a school mural and a collaboration with Santa Rosa Junior College.  Lopez spoke further about the collaboration project.
"We're actually going to be collaborating with the Monarch project and the Santa Rosa Junior College for Earth Day. So there's huge plans," she said, "April 22nd, to do some big, big mural projects in the roadways around there."
Lopez says for the Raizes Collective, its work is not limited to students and art projects. Whether organizing protests for fair working conditions or hosting Parking Lot Poetry nights, she says Raizes strives to be a vehicle for uplift in the community through a variety of outlets.