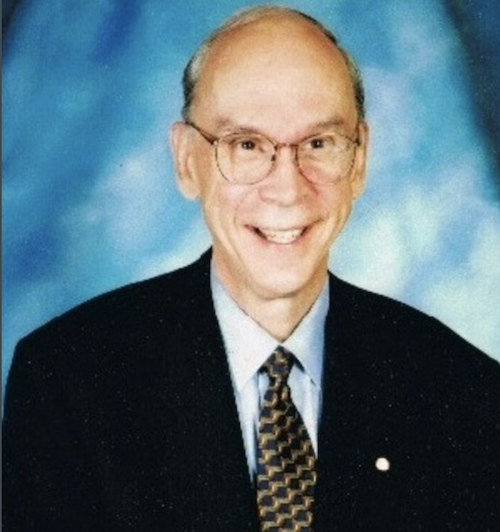 NorCal Public Media commemorates the life and community leadership of longtime Board of Directors member Harry Rubins who passed away in his sleep at his home in Santa Rosa on the morning of March 4th, 2022, at the age of 84.

The Board of Directors, Community Advisory Council, and NorCal staff are thankful for the 12 years of service Harry provided to the organization. He was a tireless advocate for best practices in membership and fundraising activities, and a trusted advisor on all financially related issues the organization faced during his tenure. Harry retired from the Board in 2021.

He will be sorely missed by his children, grandchildren, partner, clients, and everyone he enjoyed interacting with in his practice as a financial planner.
Born in Indianapolis, he attended Purdue University and earned his bachelor’s degree in Chemical Engineering. He was also a member of the Purdue Crew and was a generous booster of the program over the years. He obtained his MBA from the University of Santa Clara.

After living in Europe, Tennessee, and New York, he followed his wife to California. After working for several large companies such as Dupont, Apex, Optical Coating and Tegal Corporation, Harry discovered his passion for financial planning in the 1980s and started his practice out of their home. He was invigorated with helping people with their finances. So much so that he was still practicing until September 2021.

He was preceded in death by his wife of 32 years, Barbara Rubins, his parents David and Marion, and his brother Jim. Harry leaves behind his partner of 20 years, Anne Evans, his son Mark Rubins, his daughter Holly Mounts and three grandchildren, Allyson, Katelyn, and Taryn.

Per his wishes, there will be no memorial services. His remains will be interned in the Memorial Garden at the Church of the Incarnation with his wife Barbara. In lieu of flowers, please consider a donation to one of the organizations Harry was passionate about:
Santa Rosa Symphony
The Rotary Club of Santa Rosa West Community Fund
The Purdue Crew Foundation
KRCB Rural California Broadcasting (NorCal Public Media).