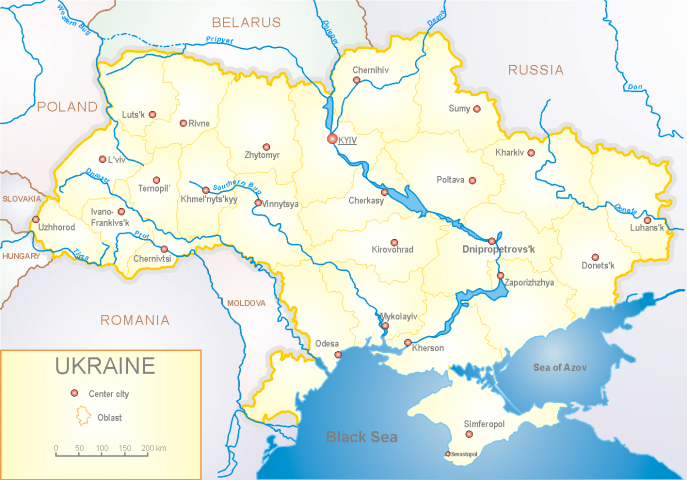 photo credit: Courtesy Wikimedia Commons
Steven Pifer’s journey to the US Embassy in Kyiv had numerous stops along the way. He spent time at US Embassies in London, Warsaw, and Moscow, as well as time at the White House. That was before being appointed as the third United States Ambassador to Ukraine by President Bill Clinton in 1998. His journey began though, in Sonoma County. Pifer grew up in Sebastopol, which itself is named after the city of Sevastopol in Crimea.
“After graduation from Analy, I was at Stanford and I decided fairly early on that I was interested in public service.” Pifer said, “and then I got involved in the Stanford arms control program. So when I kinda looked at public service live work overseas and arms control, it pointed me to the foreign service. So I joined about a year and a half after graduating and had a great 27 year career.”
During his service in Ukraine, between 1998 and 2000, Pifer learned about the three Ukrainian cities with sister cities in Sonoma County.
“There are connections.” Pifer said, “When I arrived in Ukraine in 1998, I learned that there were three sister city relationships. So Santa Rosa is paired with Cherkasy. Cherkasy actually, when I was there was pretty important to us because that's where our Peace Corps volunteers went for training. Then Sonoma is paired with Kaniv, and then Sebastopol was paired with Chyhyryn. Uh, and I actually had a chance to visit at a time when there was a group of students from Analy and El Molino down there.”
Most importantly though, Pifer said we shouldn’t lose sight of the basic realities of the war for the people of Ukraine.
“You know, Ukraine posed no threat to Russia. This is a war of choice by Vladimir Putin.” Pifer stated, “and I think there are lots of reasons to support Ukraine in this. This is a big deal for Ukrainians. I think they see it as an existential spike. They see what's happening here as a threat for their democratic rights and their democratic ambitions. And they also see it as a threat to their desire to become a normal European state.”