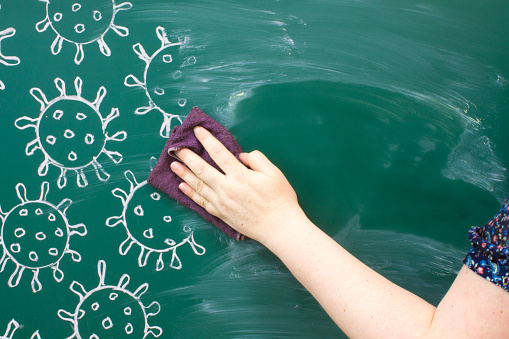 photo credit:
Masking up against COVID in public schools is about to move from current events to history.
Once they head home from school on Friday, March 11, Sonoma County students can ditch their masks. That's because broad rules requiring students to 'mask-up' at public schools throughout California, Oregon and Washington, are set to expire when clocks strike midnight a week from Saturday.
Individual counties and school districts will still be able to extend local mask mandates--as San Francisco has indicated it may. But Sonoma County Schools Superintendent Steve Herrington said that after speaking with county health officer Sundari Mase, that's unlikely locally.
"She does not plan to issue a local mandate for masking in schools. She is going to be in alignment with the other nine bay area health officers on that issue. The only thing that would persuade her to change it, would be if our health conditions change."
The numbers seem headed in the right direction. According to the California Department of Public Health, the percentage of COVID tests administered confirming an infection slipped to four point one percent in Sonoma County. That's compared to five point nine percent the prior week.
Herrington said 72 percent of students aged 12 through 17 are fully vaccinated. Among those aged five to 11, it's a bit under half---mainly because federal officials held off allowing injections for those under 12 until clear trends emerged in safety research.
In any case, those with any reservations about the sudden relaxation, don't have to follow suit, Herrington said. "Nothing prohibits them from wearing a mask. It's totally individual choice at that time about masks."
Herrington said having at least 70 percent of all K-12 students vaccinated will allow a greater margin of safety for opening schools in the fall. A goal office aims to achieve.
Masks will remain mandatory on public transit, jails, prisons and nursing homes, along with homeless and emergency shelters.
The pandemic has claimed the lives of 476 county residents.