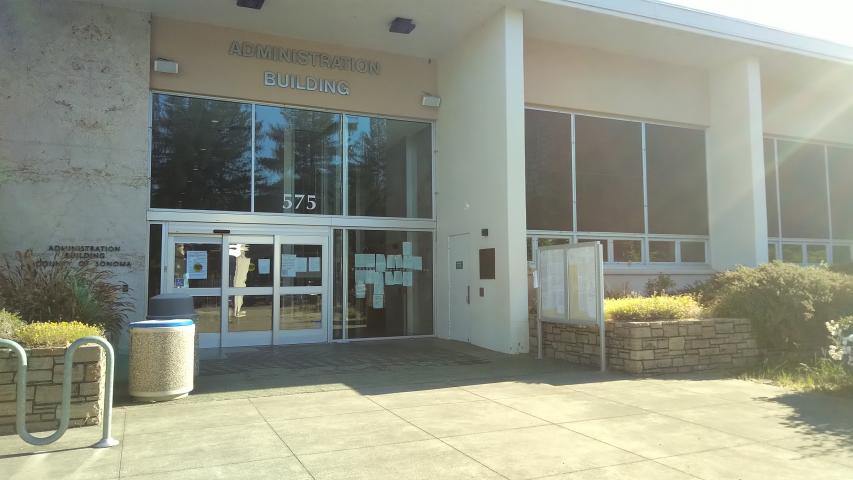 photo credit:
With the pandemic's latest wave receding, county officials are fretting over the pending end of federal support.
Though far from comprehensive, federal and state aid has supported emergency health care and housing measures against the virus. With many of the programs expiring, county supervisors are envisioning a new normal. They aren't pleased with what they see. Once FEMA sends its last check six weeks from now, 180 people in emergency housing will face that new normal head on.
Health Services Director Tina Rivera said Sonoma County has found space for two-thirds of those at risk for being turned out onto the street. But for the remainder, it's a challenge. "We are looking at an additional sixty one individuals that we do need to continue to identify housing solutions for. Many of those individuals do have current housing vouchers, but as you know and I know, that within our county, housing is limited."
To prevent an even larger case load, officials began turning away those in need around New Years Day.
Broadening the conversation, Supervisor David Rabbitt said the pandemic also exposed that there simply aren't enough hospital beds locally. "This was an issue when Sutter Hospital built its new facility, when they wanted only eighty beds and remember they had the fifteen flex beds because the number was too small and...obviously, to their business model, what they wanted was what they built, and here we have it, ten years later, they're now adding 50 percent more beds in the 40-bed unit that they are adding to the site, so obviously they underbuilt to begin with."
Rabbitt expressed frustration that responsibility for snafus by health care providers is being placed on public officials. "Here we are, as a county, being blamed for their business models not actually working with the people they serve, including, I might add, on the psychiatric side. The fact that someone waited two weeks in the E.R. in one hospital for a psychiatric bed, whose problem really is that? Is it the county's problem?"