SoCo cannabis growers get tax reprieve, though for some it may be too late 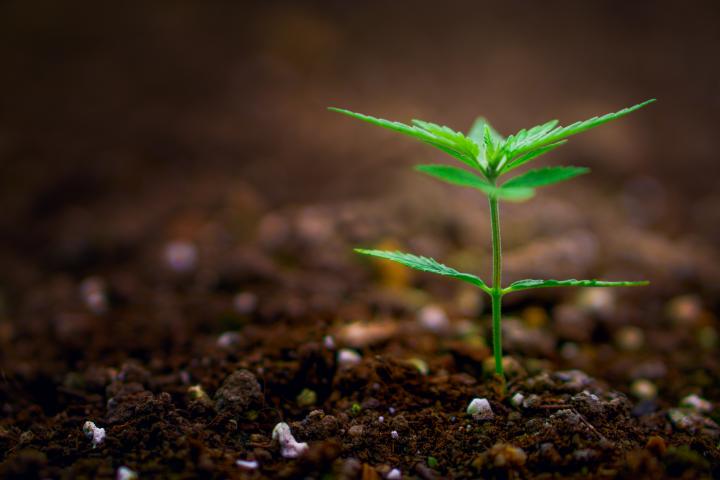 photo credit:
Sonoma County supervisors unanimously approved a cannabis cultivation tax reprieve recently after multiple growers reported financial hardships associated with the current taxation model.
Growers, normally required to pay taxes quarterly, have been given an extension from the original due date of Jan. 31 to April 30, with no penalties or extra fees.
Problems for legal growers in the county stem from its plants-per-square foot taxation model rather than taking the taxes from a cultivator's gross profits. Basically, if you grow 1,000 plants, you are taxed based on the square feet they take up, not how much money you earned from them. So when the price of your crop drops from, say $900 to $300 per pound, as was mentioned at the supervisors' meeting, you are paying the same taxes for the same volume of plants but bringing in much less money.
Green Market Report, a cannabis industry publication, said that prices in California went into "freefall" last year, declining 34% from June to December of 2021.
But not even the tax reprieve in Sonoma County will help farmers there who have seen cannabis retail prices drop precipitously while state and local taxes either rose or gobbled up a chunk of their bottom line.
Andrew Douglas "Doug" Gardner is a grower in Sonoma County who entered the cultivation business seven years ago after discovering the healing powers of CBD, he said, which he swears by for management of his epilepsy.
Gardner claims that he has the largest legal cannabis farm in the county, at 45,560 acres. He has the capacity to grow 4,000 pounds worth of product. He also has an MBA and a proud cannabis pedigree--his father, Fred, has been a long-time proponent of cannabis and edits "O'Shaughnessy's", a journal focused on the health and medicinal properties of the plant.
Gardner may have the brains, skill, and passion for the business, yet he says that crippling overhead coupled with having to compete with a robust black market will most likely push him out of the business.
"Most of the farmers including myself have lost money this year," he said.
He and his wife have had to take out a second mortgage on their house and have maxed their home equity line of credit in an effort to remain in the cannabis business in California, he said, and the County of Sonoma is not helping matters.
On Jan. 4, Gardner told the board of supervisors that it makes more sense financially for him to destroy entire crops instead of selling them.
He explained it this way: Let's say he grows a crop with very little overhead---he has his own seeds, a natural water supply, etc. He would still have to pay someone to process his plants, which involves trimming, drying, and getting them ready for sale. That costs about $200 per pound, he said. Then he has to pay the county $80 per pound because he grew the plants in 36 square feet. Add on other costs, and he is nearing $300, which is the average price per pound currently, he said. He not only makes zero profit, he's actually put $300 per pound of his own money into getting the pot to market and paying the taxes.
Sonoma County cultivator Eric Pearson also spoke to the board of supervisors at the Jan 4. meeting. He said that in 2017, when the cultivation tax was first being discussed, a pound of cannabis was worth $1200. The square-foot taxation model translated to about 3% of someone's gross at that time. Now that pot is worth $300 a pound, the tax rate is, for all intents and purposes, 10% to 12%, he said. At a 25% profit margin, he's looking at nearly 50% of his profits going to county taxes.
All of this is just fueling the black market, says Gardner, which is sadly one of the easiest ways to make a profit in the business. Illegal growers can cut corners and avoid taxes and other fees, which results in a product that is cheaper than that which is sold in dispensaries.
Gardner has a few ideas that he hopes will take hold in Sonoma County. His first hope is that cannabis cultivation can evolve the way that the wine business has, with vintners selling directly to their consumers through "wine clubs" and the like, eliminating any middlemen or liquor stores.
"Direct to consumer is the only way to survive if the market is changing," he said.
He envisions something like a $420 "My Bud Club" where an annual or monthly rate connects a customer with a quality product--sort of the Hello Fresh or Netflix of cannabis.
As for the board of supervisors, he has the following ideas: First, significantly increase the penalties for illegal grows. Second, reduce or suspend the square foot tax so that people entering into the legal marketplace can compete.
"By allowing the legal growers to actually compete with the black market growers, maybe that would eliminate the black market naturally," he said
.
County tax collector Erick Roeser told the board of supervisors that there are approximately 170 legal cannabis cultivators in Sonoma County. The median annual tax revenue collected by them is $2.5 million, according to the county.
The board agreed to a discussion about more long-term relief options for growers at its March 15 meeting.