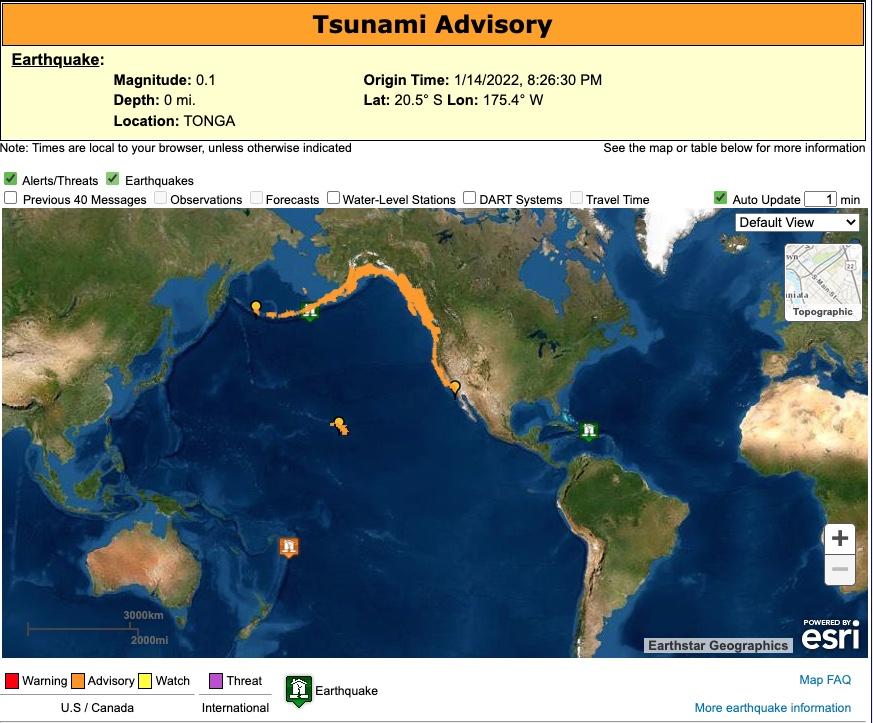 A tsunami advisory went into effect this morning for the entire California coast, including the San Francisco Bay and Sonoma Coast. An undersea volcano in the Tongan islands erupted shortly before 8:30 PM PST last night, according to the U.S. Geological Survey. The Advisory was issued at 7:28 AM this morning by the National Tsunami Warning Center. Wave surges of one to three feet are expected to impact the San Francisco Bay starting around 8:10 AM. The National Weather Service says tsunami waves will arrive in pulses throughout the day. Avoid venturing onto the immediate coastline today as waves can unexpectedly rise far up onto the beach.