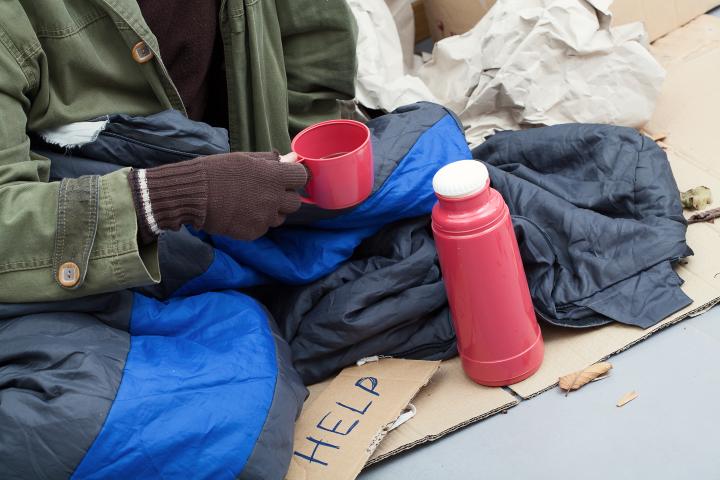 Nighttime temperatures are warming up after dipping as low as 30 in Sonoma County on Saturday night. Last week, we heard from the group Homeless Action Sonoma County, and their concerns about how the county government, in their view, wasn't doing enough to help homeless individuals, particularly during nights of freezing temperatures across the county. KRCB News then spoke with county officials to ask them about those concerns.

We started by asking...in the past, the county has demonstrated it can quickly mobilize emergency shelter for hundreds during times of disaster. Why can't it do the same to shelter the county's more than 2000 homeless individuals during times of frost?

“We have done this in the past,” said Sonoma County spokesperson Paul Gullixson. “And as you can understand, during the current pandemic, particularly with the onset of our recent surge and the Omicron variant, there's not a huge appetite right now to open additional congregate shelters or expand existing space.”

Dave Kiff is the interim director of the Community Development Commission. That's the county department in charge of housing with a division called Ending Homelessness, comprised of nine county employees.

“This is a fairly unique time,” Kiff said. “Certainly the pandemic, like last year, obviously got very challenging in the wintertime. It's challenging to even staff what we have currently going. We were on a call this morning with a lot of our providers who were really genuinely concerned that we may not be able to appropriately continue to staff our existing shelters, our year-round shelters.”

Kiff said setting up something new is infeasible during the pandemic. He also said some unsheltered people are wary of coming to what's currently available.

“Some of the folks who are unhoused are reluctant to enter into a congregate location and that's understandable,” Kiff said.

We also asked about Homeless Action Sonoma County's point that every summer they urge the county to start planning for the winter...and year after year nothing happens.

“So that's not actually so,” Kiff responded. “We did approach this wintertime with a number of small programs. Remember we have winter shelters open. We have rooms in our congregate shelters even today, so we have availability. We started, with some of our partnering cities and community-based organizations, a hotel rooms stay program. We are housing individuals in the Sonoma Valley in hotels, hotel rooms tonight; we've been doing that since December 1st. We work closely with the city of Petaluma to expand their existing system that allows them to increase a little bit of capacity in the wintertime. We're working as well with north county and Reach For Home to identify, in addition to their existing winter shelter, hotel rooms there. So it's not so that Homeless Action Sonoma [County] raises this and we don't do anything, because we have.”

“They are experiencing the same problem in staff shortages, both in terms of vacancies and positions, but especially with staff being out sick or having tested positive,” Gullixson said. “So it's a pretty prevalent problem right now. I think there are 10, they said 10 ambulance drivers are also out, so it is just across the spectrum of services in our county, there's real staffing shortages going on right now.”

Homeless advocates say there was at least one recent death in Guerneville attributed to exposure. The county said it was working on confirming those reports. Kiff maintains there are robust services available in west county at the Guerneville shelter, although beds weren’t available as of Thursday night.

“It is full, but it would have day-to-day availability and West County Community Services also is the major service provider there,” Kiff said. “And they're really diligent about making sure that if someone needs a hotel room, they're able to get that. They also have a full distribution of blankets and sleeping bags. So I think there are good opportunities to stay warm in Guerneville even still.”

“And I would also add that most folks in Guerneville want to stay in Guerneville,” said Michael Gause. “It's their home, that's where they are, and as Dave pointed out, West County Community Services is the home base for services there and they're really, really looped in.”

Gause is the manager of the county's Ending Homelessness division. KRCB News spoke to the county government staff on Thursday afternoon, the first night of several forecasted nights of freezing. They pointed out that on December 1, they announced 53 new shelter beds with wrap-around services. But still, building new congregate settings in a pandemic is not on the table, and they were doing what they could.

“Homeless Action Sonoma County is raising an important awareness that we've got people out in the cold,” Kiff said. “And that's why we have approached this to try to make sure that our service providers know that they have resources that the county's providing for hotel rooms. It's a limited number that they can bring people into hotels tonight, tomorrow night, the next night [for] folks that are the most vulnerable, And then as noted, both Santa Rosa and Petaluma will have warming stations. They'll be stretched to staff those as well, but they're gonna do it well and put out a call to volunteers, and I think those are gonna come through tonight.”