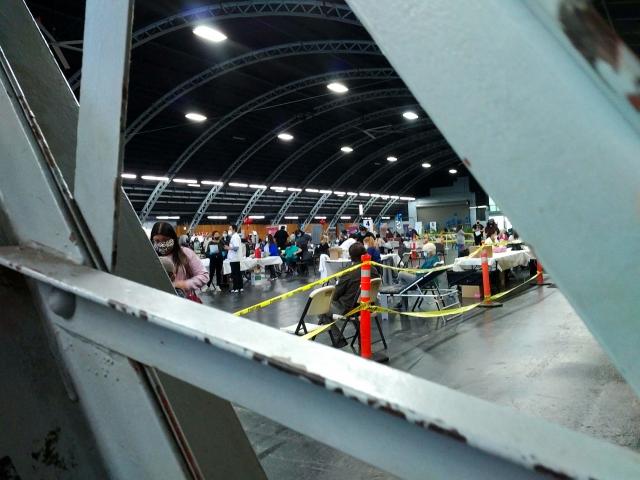 Eager residents receiving vaccinations at the Sonoma County Fairgrounds in April
photo credit: (Credit: Marc Albert/KRCB)
The first major study on the omicron variant was published by South African epidemiologists. While much remains unknown, the new form, while apparently able to spread with abandon, defeating many precautions, the new research appears to show that what's quickly becoming the dominant strain in southern Africa and Europe, seems to be less deadly than the delta strain. To learn more about this research KRCB's Marc Albert spoke with Dr. Monica Gandhi Monday. She is an infectious disease doctor and professor of medicine at UC San Francisco...