Plan to rid Farallons of mice raising hackles among some enviros 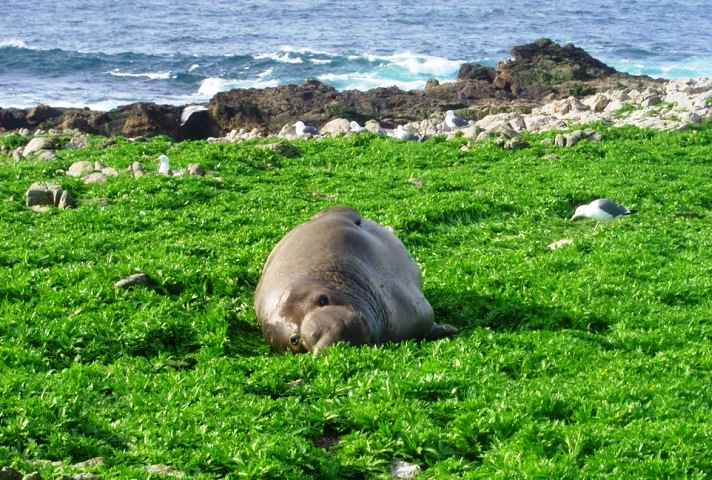 photo credit:
A plan to aid endangered seabirds roosting on the Farallon Islands by banishing mice has environmentalists crying foul.
20 miles southwest of Point Reyes, the Farallons are part of a National Wildlife Refuge. The new plan, which would scatter poisoned pellets on the island, is the latest bid to rid the small archipelago of invasive species. The US Fish & Wildlife Service successfully eliminated other animals that were threatening endangered species in years past.
Richard Charter, with the Ocean Foundation, said he deeply opposes the plan.
"Rabbits and cats, you can trap them, shoot them, poison them and there aren't as many of them and it doesn't require blanketing the whole island with poisonous from helicopters, capable of killing every mouse, and everything else, not just on the island but it gets transferred to other parts of the ecosystem on land."
Charter's concern is that burrowing owls that swoop in from Marin for a furry feast and gulls roosting on the islands will be inadvertently poisoned in the process. He predicts that despite efforts, some mice will survive, and their population will soar once again.
According to federal Fish and Wildlife officials though, precautions are part of the plan. Officials intend to scare off gulls and potentially capture and relocate burrowing owls before scattering poisoned bait.
While a similar proposal was withdrawn in 2019, this one seems nearing approval.
"We're at kind of the final juncture of this decision right now. They've been through a process where they've eliminated all other options except for the worst poison that they could possibly pick," Charter said.
After winning an OK from Fish and Wildlife, the plan is set to go before the California Coastal Commission, which is accepting written comments ahead of a December 16th meeting. The commission's staff is recommending approval of the poisoning plan.