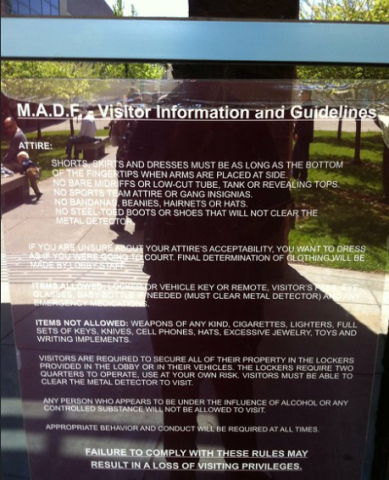 Recently the Sonoma County Civil Grand Jury looked at telephone call and commissary charges at the county’s main jail, finding “a pattern of charges for inmate phone use that exceeds the market rate by more than tenfold.”

At the Nov. 16 county supervisor meeting, several people, including a candidate who’s running for Sonoma County sheriff next June, asked the board to examine more closely how the sheriff’s office is spending all the money from those expensive phone calls and jail store sales.

That was Nancy Pemberton, Jim Duffy, a caller identified as Allegra, and Carl Tennenbaum, speaking during initial public comment. Tennenbaum, a retired police officer, is hoping to be elected as the county’s next sheriff. But the board did not comply with those requests. Instead, the supervisors approved the sheriff’s report, while each said they’d be interested in holding a public hearing sometime in the future.

The income that goes into the Inmate Welfare Trust Fund is supposed to pay for the benefit, education and welfare of people in custody at the county jail. But that fund has nearly $1.7 million dollars in it, and people are questioning why that money isn’t being spent. In the words of the civil grand jury, due to COVID, “most of the inmate programs have been canceled, reducing expenses, yet the mark-ups and commissions continue.”

Nancy Pemberton asked why, in the sheriff’s 2020/2021 Inmate Welfare Trust Fund report, under $200,000 was spent on direct benefits to inmates.

“I think it's worth asking why that money is sitting there with no benefit to the inmates for whom this trust fund was set up,” Pemberton said.

“The board of supervisors has merely rubber-stamped reports and requests associated with the fund, including the use of the fund to purchase tasers for some correctional deputies a few years back,” said Rohnert Park resident Jim Duffy.

“At a time where we're trying to build very strong and positive relationships within the Sonoma county community and with the sheriff's office, I find it somewhat unconscionable that we have a system in place where we're charging usurious rates for phone calls and creating impediments for people to stay in contact with their families when they're taken into custody,” said Tennenbaum.

After its investigation, the civil grand jury presented eight findings, such as "a renegotiated agreement with Global Tel Link, without the excessive mark-up added for commissions, would lower the cost of telephone calls for the incarcerated population," and "the sheriff’s office detention staff holds disproportionate control over the Inmate Welfare Trust Commission with nine seats of the 10-member committee."

In response, Sonoma County Sheriff Essick only agreed with one finding: "the sheriff’s office will be required to find new funding for its Inmate Welfare Trust - supported programs if the California Public Utilities Commission issues its order in the coming year."