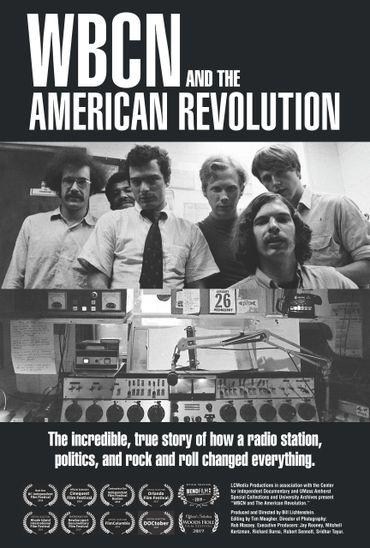 WBCN and the American Revolution filmmaker Bill Lichtenstein and Executive Producer Mitchell Kertzman speak with KRCB Music Director and Morning Music Host Brian Griffith about making the film.
WBCN and the American Revolution airs Monday, November 15, 2021, at 9:00 pm on KRCB TV.
Overshadowed by the exploding psychedelic scenes in both San Francisco's Haight-Ashbury district and New York City's East Village, Boston emerged as the central crossroad of the counterculture and political activism in the late-1960s and early-1970s. The untold story of "WBCN and The American Revolution" focuses on the extraordinary history of the radical, underground radio station, and the personal and political journeys of a compelling cast of characters who connect and intersect through the radio station and exploding music scenes, militant anti-war activism, civil rights struggles, and the emerging women’s and LGBTQ-liberation movements. The film includes new and archival material from leading figures of the day, including Noam Chomsky, Jane Fonda, Jerry Garcia and Duane Allman, Abbie Hoffman, Lou Reed, Bruce Springsteen in his first radio interview, and Patti Smith, performing in her first live radio concert.