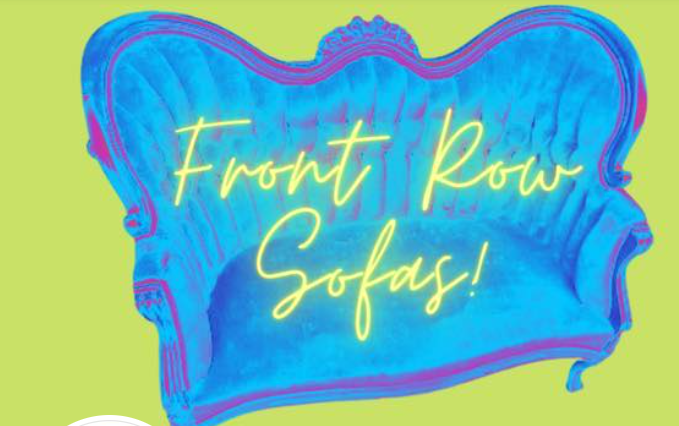 The SOFA Santa Rosa Arts District is so named because of its location: South of First and A streets. It's been revitalized from what was once a forgotten corner of the city, nestled where Highway 12 and Highway 101 meet. Today, it is home to a collective of artist studios, galleries, and nosheries with the goal of making Santa Rosa an arts and culture destination.

And perhaps the district's most looked-forward-to event is the annual Winterblast celebration. It's a free, kid friendly street festival happening the evening of Saturday, November 6. The signature event, playing on the district's name, is a round-the-block parade of decorated sofa "floats." But it's so much more, said Christy Marks, a local artist who opened her own studio in the SOFA district eleven years ago.

"We've got food vendors, we have bands, we have performers," Marks said. "This year, I'm helping get the word out about Winterblast."

She's been involved with Winterblast since her arrival in 2010. Her studio will be among the many other artist studios and galleries that are open late that night. The many cafes will be open for business. Various food vendors will also be stationed at the event. There's also lots of live music and street performers to enjoy.

Pretty quick because it was just a few months ago that the city of Santa Rosa gave the go-ahead for outdoor events, and this year's festivities.

Winterblast is a real community-building event and it takes no small amount of planning, said organizers.

Coordinating this year's preparations is Bob Stender, who counts among the founding members of the event.

"I'm part of the whole beginning of this," Stender said. "I've been here thirty-two years with my photography studio on the street here, and a bunch of us started this whole SOFA arts district label about 17 years ago and along with it came Winterblast."

Stender told KRCB once the "SOFA district" name came into existence, the idea of the "sofa parade" evolved pretty quickly after that.

He also said Winterblast certainly had its humble beginnings.

"We just did a real bootleg version of Winterblast the first few times," Stender said. "We closed the road off on our own without any permission. You know, just closed it briefly, had our little parade and opened the road back up before we pissed too may people off, and finally after three or four years of that the city wrote us one time and said, 'you know, you guys, you can get a permit for that.'"

Stender said city staff made it easy because they wanted to ensure the event was safe for everyone involved.

KRCB asked Stender what he was thinking that very first night of Winterblast some sixteen years ago.

"We had no idea what to expect, you know?" Stender said. "We had put the word out about this thing and really didn't know who would show up. And the amazing thing... a ton of people showed up, and I don't know how they found out about us. It was really the introduction to me to quite a few artists in the area that live in, or around Santa Rosa, but not in our little SOFA world here...we put the word out, and the artists, grabbed onto it and took in a direction we had no idea it was going."

Amid all the art, food, fun and frolic, the signature event of the night is the 'sofa parade.' There will be two, Stender said, one at 6 p.m. the other at 8pm. Both will be led local street-brass band The Hubbub Club. A bonus and different procession at 7 p.m. features Brazilian dancers and drummers.

There is no fee to attend the event or be in the parade. Anyone is welcome to enter a decorated sofa. Those interested in what it takes to create a sofa for the parade, there's a one-hour how-to workshop being held October 30 showing how to turn any shabby sofa into a float-worthy spectacle.