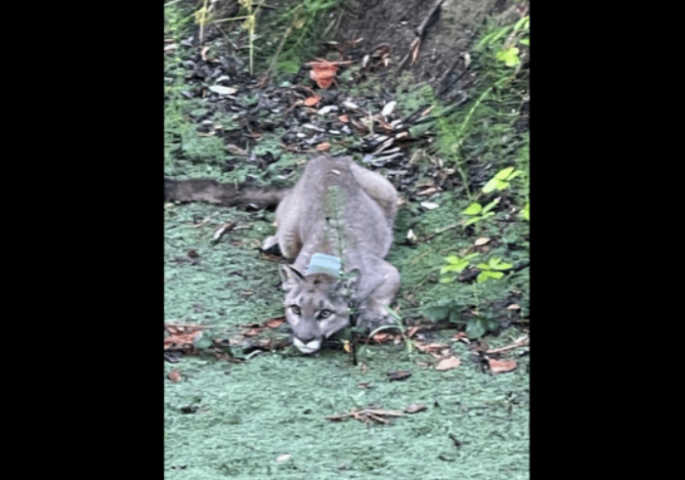 The mountain lion was collared and known to a local researcher, said CDFW's Ken Paglia.

"It's a mountain lion that's known to have neurological conditions," Paglia. "It's very unsteady on its feet, it's underweight, and it wasn't in the greatest of health and to make matters even worse, this researcher observed that it appears like the mountain lion has declined."

After being tranquilized and moved to the Sonoma County Wildlife Rescue for observation, agency staff determined the big cat would not make it.

When the cougar was spotted before school started on Monday in the area of the Five Creek and Crane Creek trails, just east of Eagle Park and Evergreen Elementary School, "the lion was actually within its normal home range," Paglia said. "So it wasn't necessarily out of place. It wasn't a lion that wandered into town."

He said a local researcher had put a collar on the cougar last March has been "keeping its eye on the mountain lion, both through collar data and also through trail cameras."

Asked why the mountain lion couldn't live out its days naturally at a sanctuary, Paglia dismissed the idea.

"Rehabilitation facilities do exist," Paglia said. "They are out there, but they're few and far between, right? Opportunities like that, it's very hard to get an animal into those facilities. And, again, given the totality of the circumstances, given that the mountain lion's health was in decline, we did look at all options, but we came to the decision that euthanizing it was most appropriate."