Can we conserve our way out of a drought crisis? 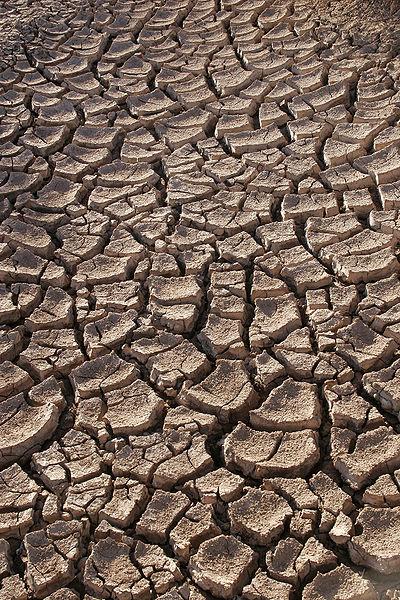 California is facing one of its driest years on record. Weather forecasters are concerned another La Nina weather phenomenon is forming in the Pacific, which could further dry things out by sending much needed rain far north of us.

Erik Eckdahl helps run the state water board, the government agency that regulates California's water. He said while the forecast is indeed grim, there is still room for hope.

"There's never been a year without any rain,” he said. “And so, looking at last year, which in the Russian River watershed was the driest one on record, is my understanding, worse than 1976-77 and it was the worst or the third-worst in 127 years of record…about as bad as you can get.”

Even so, he added, there was still inflow into Lake Mendocino, the reservoir which supplies the upper Russian River with water. Albeit not very much.

"We're starting the rainy season going into it lower than last year or so,” he said. “If we even get the same amount of rain that we got last year, which would be kind of catastrophic on its own, right?…a third record-dry year in a row. Conditions are so dry already, the soil is so parched, that it's just going to take a while to kind of re-wet the system."

Any initial rainfall, said Eckdahl, will likely get soaked up by the dry ground. It could take a series of significant storms before we start to see some measurable stream flow. But, if it's a dry year, he said, "then we really are looking at a risk where the entire reservoir goes dry."

That, Eckdahl said, is what people need to be planning for.

"Not planning for in the sense of like the sky is falling quite yet,” he adds, “but recognizing that it's a real risk and the modern water system in the Russian River Valley has never really contemplated a scenario where there's no storage. There's no ability to deliver basic health and human safety supplies to, you know, the dozens of drinking water systems in the upper Russian River Valley that do rely on surface water.”

So what does that mean?

“It's kind of an all-hands-on-deck," Eckdahl said, "and people really should be conserving now as much as possible and contemplating how they can conserve even more because that's where the most immediate water savings, at least at the municipal level can occur."

In September, Governor Gavin Newsom asked all Californians to reduce their water use by 15%. According to Water Board data, Northern California turned in the best conservation efforts statewide at 17%.

Eckdahl clarified that was relative to last year.

“Last year, people were already saving water relative to the previous drought in 2014-15,” he said. “So, region-wide there has been this really good effort to become more efficient. And this is just over the last couple of years.”

Eckdahl said today's level of conservation represents, “decades of investment by local water users and water managers and the city of Ukiah and Sonoma County Water Agency, all these municipalities have done generally really good jobs at messaging and suggesting that you need to become more efficient and to conserve more.”

And has made a difference. Even in small increments, it all adds up. But we can -and must- do more.

There are simple steps each of us can take right now that can make a difference. Eckdahl suggests, "Only running your dishwasher when it's completely full... it’s one of the things that maybe seems counter-intuitive, but you actually use less water using your dishwasher than you do washing your dishes by hand, in general. Turning the water on and off when you're in the shower. And again, no one likes to do that, right? I mean, we're looking at scenarios that we can do to really squeeze every last drop. And I'm thinking of it from the lens of, like, what can we really do to focus on preserving everything that's there.”

The alternative, according to Eckdahl, could be bleak.

“If we really look at the true worst-case scenario, which is the late going dry, then you're starting to talk about levels of conservation that I think people haven't really ever experienced before and it becomes even more critical and more important, because it might not just be a matter of aesthetics. It might be a matter of do you have water or not?” he said. “That sounds very dire. Right? I mean, I don't want it down to doomsday-ish at this juncture, but we're kind of not far away from that point.”

“A couple of years ago, there was a number of articles about ‘Zero Day’ in South Africa,” Eckdahl said. “The reservoirs there for Capetown essentially ran out of water and they called zero day, the day that there was no more water left. And what does a zero day look like for the upper Russian River watershed?"

Eckdahl said no one has yet done that level of analysis. But, maybe it's time to start thinking about it.