No mystery to the missing water from the upper Russian River 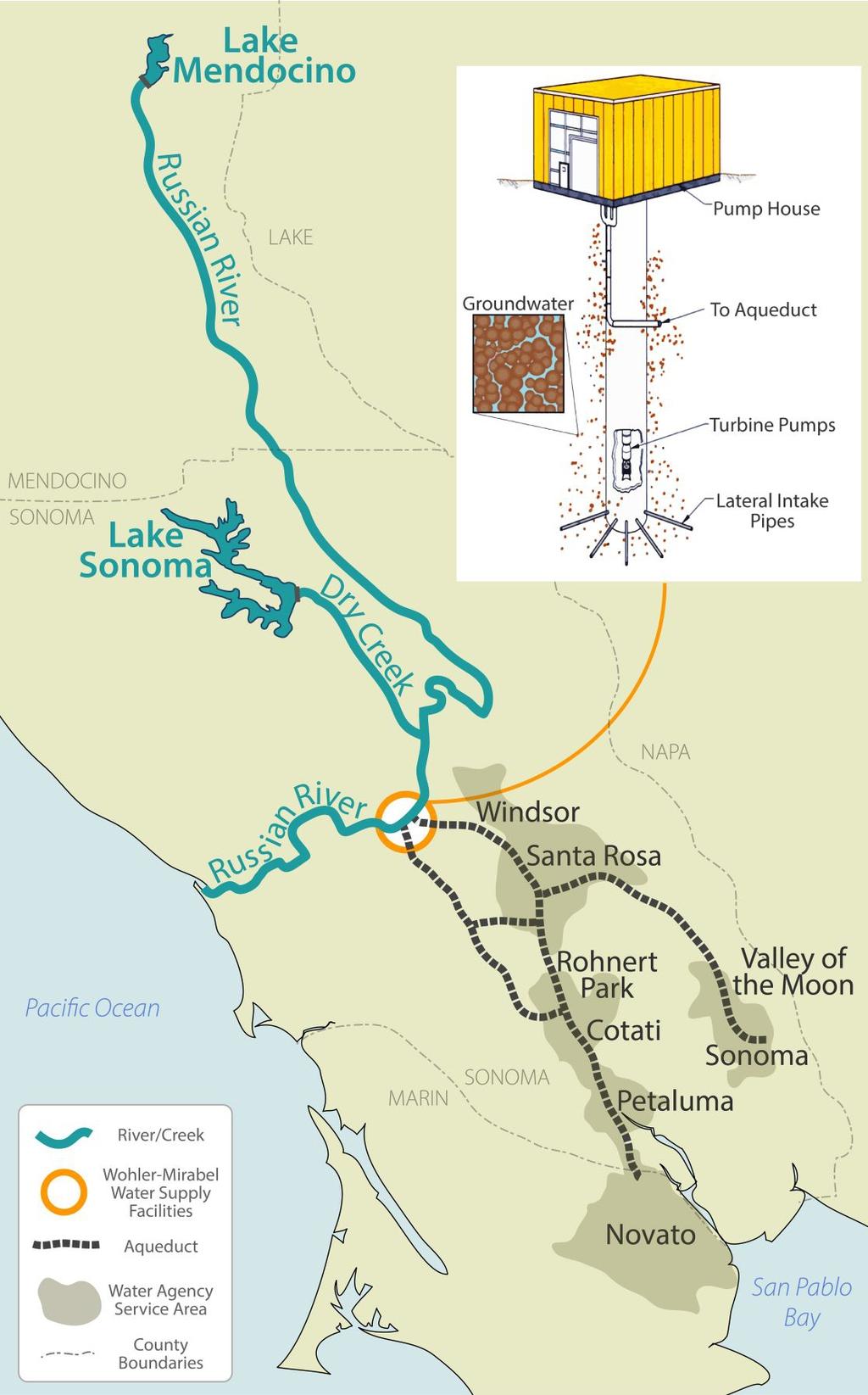 Because of severe drought conditions, water releases from Lake Mendocino are at an all-time low. That's the water that keeps the upper Russian River—from the Coyote Dam to Healdsburg—from going dry.

That seems like an excessive decrease over a relatively short distance, so I asked an expert if this was normal. Erik Eckdahl helps manage the water rights division of the State Water Resources Control Board.

“Yes,” Eckdahl answered. "That actually is something we see every year.”

He said the agency uses data pulled from the Sonoma County Water Agency and other stakeholders that show there is a net volume decrease over the stretch between the Coyote Dam and Healdsburg every year.

The cause, Eckdahl said, is multi-faceted—with no single explanation that can cover it perfectly. That’s because even in non-drought years, there are still a variety of water consumers.

“There are people taking water from the river for domestic purposes, municipal purposes, commercial/industrial irrigation, agriculture, any number of beneficial uses that rely on the river for their water supply,” Eckdahl said.

But, in this extreme drought year, essentially all diversions from the upper Russian River have been curtailed. So, why is there still a significant draw down?

Eckdahl said the more likely cause is groundwater depletion.

“It's one of those things that's hard to kind of physically describe or narratively describe, but we see surface water in a river in a lake or something like that, but we don't really see how that that river that lake is actually the surface expression of a three-dimensional plane that that intersects with groundwater and surface-water. It's all kind of interconnected,” Eckdahl said.

The basic idea is that when groundwater is pumped out in one place, it's actually depleting surface water flow somewhere else, “and that depletion can occur almost instantaneously, if you're well is located really close to the surface water body, or in a couple of weeks or days, up to centuries,” Eckdahl said.

Other factors include the location and number of wells. Eckdahl added, “In parts of the watershed there have been pretty significant groundwater developments, and parts of the upper Russian River Valley rely almost exclusively on groundwater, and when you have large numbers of groundwater wells pumping away, that creates what we call cone depression and localized regional cones of depression that ultimately end up sucking water away from the stream flow.”

Eckdahl said that is what his office suspects is the culprit in the missing water case along the upper Russian River.

The other question Eckdahl said his office often receives is whether the draw down is due to cannabis cultivation. It’s a common assumption, he said, “and we've done a couple of things to try and get a handle on how many cannabis cultivation sites might be reliant on surface water in the Russian River watershed and specifically how many might be pulling from the main stem of the river itself.”

Technology, as you may have guessed, plays a big part.

“We have a technique that can automate detection of outdoor cannabis cultivation sites and detection of greenhouses and ponds, using aerial photographs,” Eckdahl said, adding, “It's a pretty fascinating approach.”

Eckdahl said he is working with a colleague at North Coast Regional Water Board in Santa Rosa to developed a photo analysis technique using a machine-learning approach.

“We can essentially feed it an image and in an hour, it can run the entire county. And so, we do have a pretty good idea of just how many sites there were - at least in 2020. We can take that a couple of steps further and run that through a GIS software package that can come up with acreage,” Eckdahl said.

Knowing how many acres are associated with outdoor grows, greenhouses, and the like, plus making some rough guesses about how much water it takes to water a cannabis crop, Eckdahl said his office, “can come up with an admittedly pretty rough, but maybe in the ballpark, estimate of how much water is being used by cannabis cultivation in a watershed or a county.”

Recent satellite data covering Mendocino County shows a significant number of cannabis crops, according to the water board. But they represent a mere fraction of the region's total acreage devoted to vineyards. Plus, those cannabis crops are located well outside the Russian River watershed system.