Long path ahead for cannabis ordinance 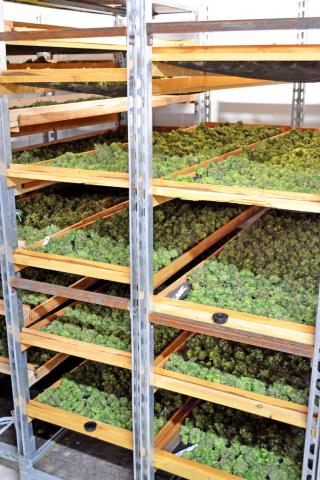 Sol Sisters Farm Tour
photo credit: (Credit: Oregon Department of Agriculture)
A quarter century after California voters began legalizing cannabis, elected leaders in Sonoma County opened a new, multi-year process to regulate the county's most contentious crop.
After hours of airing grievances, Sonoma County Supervisors stayed true to their word that everything was on the table as they initiated re-writing the county's cannabis ordinance.
Supervisor James Gore noted that agreement is elusive, and despite efforts by county staffers, there is little common ground among residents.
"There will not be in my mind, full consensus on this item. That's why it's dependent upon us to study what we need to study and make some real strong decisions, at this point. I say this with all honor and respect to all the outreach that's being done, but quite honestly, I don't see a lot of results from outreach that have changed from seven years ago."
Numerous neighbors complained of traffic, odors and that rows of such a valuable cash crop create too strong a lure for criminals. Some urged it be banned from certain areas, or require a thousand foot buffer zone from property lines.
Kim, a supporter of legalization who declined to provide her last name, told the board concerns about cannabis odors should be heard in context.
"Every time, this time of year there's endless comments about the smell of Petaluma, which is the cow manure and the chicken farms spreading liquid manure all over the fields. Do people say that the dairies shouldn't be allowed? Cannabis growers have been here all along, now they are just being legal," she said.
A full environmental impact report will be conducted, a process officials estimate will run three years. The board also ordered that a groundwater inventory be included, likely adding another year to the time line. Officials will also consider designated zones where cannabis cultivation is entirely prohibited, and special areas where permitting might be streamlined.
One official joked that a young county planner will have guaranteed employment for the rest of their career as the debate continues.