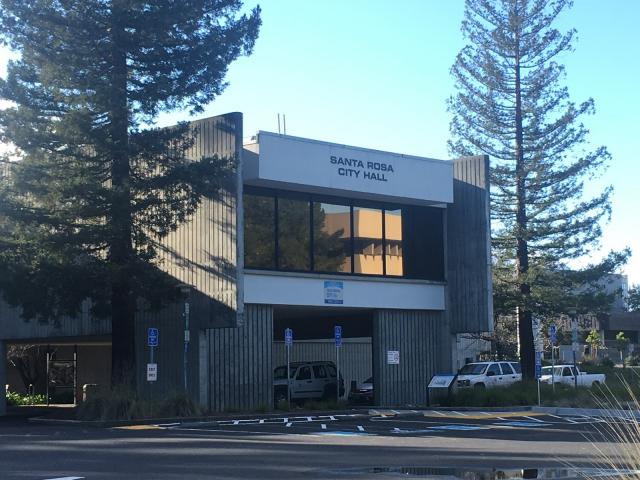 photo credit: (Credit: Sonoma State University)
Elected leaders in Santa Rosa met Tuesday to review the city's anti-harrassment policy, last updated five years ago.
Officials say the current policy conforms with an updated state law, but Amy Reeve, director of human resources for the city, says Santa Rosa could go further.
With an eye toward avoiding a tawdry scandal involving elected officials, Deputy City Attorney Jeff Burke reviewed the current process to sanction misbehavior.
"The city could refer a matter to the Grand Jury, that will then make a determination about whether to refer the matter to the district attorney. And the test, that is set up in the government code is whether there is willful or corrupt misconduct in office, that's the language in the state law."
What should be a minor housekeeping effort by local government has gained added attention in the wake of multiple salacious allegations leveled at former Windsor mayor Dominic Foppoli.
Paul Anjeski, with the city's human resources department, praised the current training materials, which have been tailored to local need.
"Our goal isn't just to get the information across and make sure people can state laws or state consequences,
but actually practice using them, and it's a fairly interactive class."
The council will consider future revisions at a later date.