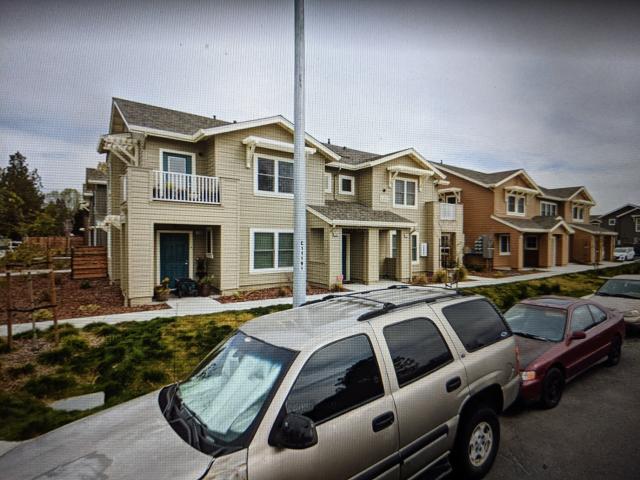 Affordable housing complex in Santa Rosa
photo credit: (Credit: Google maps)
The mailbags at Sonoma County's Housing Authority have been particularly full in recent days. Housing Director Martha Cheever said they've received more than 600 applications since opening a wait list for affordable three bedroom units last week.
Those 603 applicants, received as of Tuesday, join another 131 families hoping for a shot at one of *43* available family-sized units. Amie Fishman, executive director of the nonprofit Housing Association of Northern California, said that's hardly a surprise. "The need for affordable housing of all types is overwhelming."
Sonoma County spokesperson Gilbert Martinez said each of the six properties with vacancies has it's own waiting list. He said waits shouldn't last longer than two years, but that's not always the case.
"We can't give time frames as to how long someone will wait, because a unit only becomes available at term, when a person leaves, that's when it becomes available, so the wait list is largely dependent on that."
As rare as affordable housing is in California, three bedroom units are especially hard to come by. Fishman says that even with incentives and grants, they often don't make it onto the blueprints of projects proposed by for-profit developers. "It is more expensive to do three bedroom homes. It's one rent for that large space, as opposed to having more, smaller units in the same space."
There are also the peculiarities of California's property tax system. "Communities often see that when you have more kids, there are more services that a community needs to provide and creating greater cost, instead of seeing it as kids are the joy and the engines that strengthen and grow our communities," Fishman said.
Martinez says the authority manages 199 units across the county. Another housing lottery, this one for Section-8 vouchers in Santa Rosa starts next month.