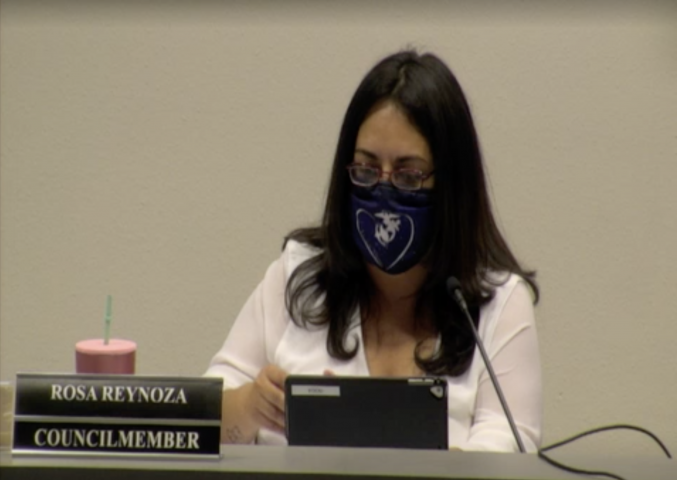 Rosa Reynoza sitting on her first city council meeting after being sworn in on June 2, 2021.
photo credit:

"People I was running against knew that the residents of Windsor are definitely interested in Rosa. But I thought they were doing anything and everything possible to keep me out of the council," Windsor City council member Rosa Reynoza said.

Reynoza ran for mayor in 2020 and lost to Dominic Foppoli, who resigned after nine woman came forward with sexual assault allegations against him. Since his resignation, the Sonoma County Sheriff’s Department has opened a criminal investigation into the former mayor. And the state campaign watchdog has started an investigation into Foppoli's past campaign spending and fundraising.

Right before the mayoral elections last summer, Reynoza says Foppoli offered her commission appointments and donations to nonprofits of her choice if she left the race.

"It felt a little icky or slimy. It just seemed like something Dominic would do," Reynoza said.

And that wasn’t the first time Reynoza has felt pushed out of Windsor politics. Since 2016, she ran four times for a council seat and lost by a few hundred votes each time and didn’t feel support from other council members.

Whatever happens with the investigations, Reynoza says the events surrounding Foppoli has affected the trust between local government and residents. But that there have also been silver linings.

"The amount of people that are paying attention, it’s growing and I think that’s a good thing," Reynoza said. "One of the things I hope to bring is more civic engagement. And I’m here to help us heal and move forward."