Clock ticking on recall with candidates yet to emerge 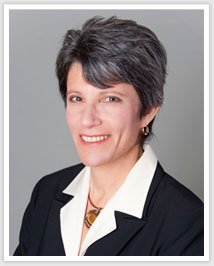 Candidates hoping to unseat Sonoma County District Attorney Jill Ravitch have about a month left to file their candidacies.

Sonoma County voters will face two questions on a September 14th special election ballot. Whether to recall Ravitch, who has been county district attorney for the past decade, and if so, who will replace her.

The campaign to unseat Ravitch is funded by William Gallaher...a local developer who has donated about half a million to the effort as of the end of March, according to recent campaign finance documents. The money has been spent on consultants, according to public records. Ravitch's defenders raised $18,000 over the same period, with less than $12,000 remaining at the start of April.

Ravitch maintains the recall is political retribution for prosecuting Gallaher, a developer sued by elderly residents of an assisted living facility he operates, over accusations residents left to fend for themselves during the Tubbs Fire. Oakmont Management Group settled with Ravitch and state prosecutors for half a million dollars.

Ravitch's term concludes at the end of next year. She has announced she would not seek another term.

Organizing and holding the recall will cost the county between $600 and $900 thousand dollars, according to an official estimate.

Gallaher has been involved in political fundraising before. In October he donated $10,000 to former Windsor Mayor Dominic Foppoli's campaign.

Gallaher also unsuccessfully sued the Santa Rosa Press Democrat after the paper reported large campaign contributions made by Gallaher's son-in-law to three 2016 city council candidates. A campaign Gallaher was involved with, Concepts for Seniors, was cleared of accusations of campaign money laundering by state regulators in 2016.

Candidates have until July 1 to qualify. As of Tuesday, no prospective candidates had requested signature gathering papers--the first step to becoming an official candidate.  Efforts to reach Gallaher were not successful