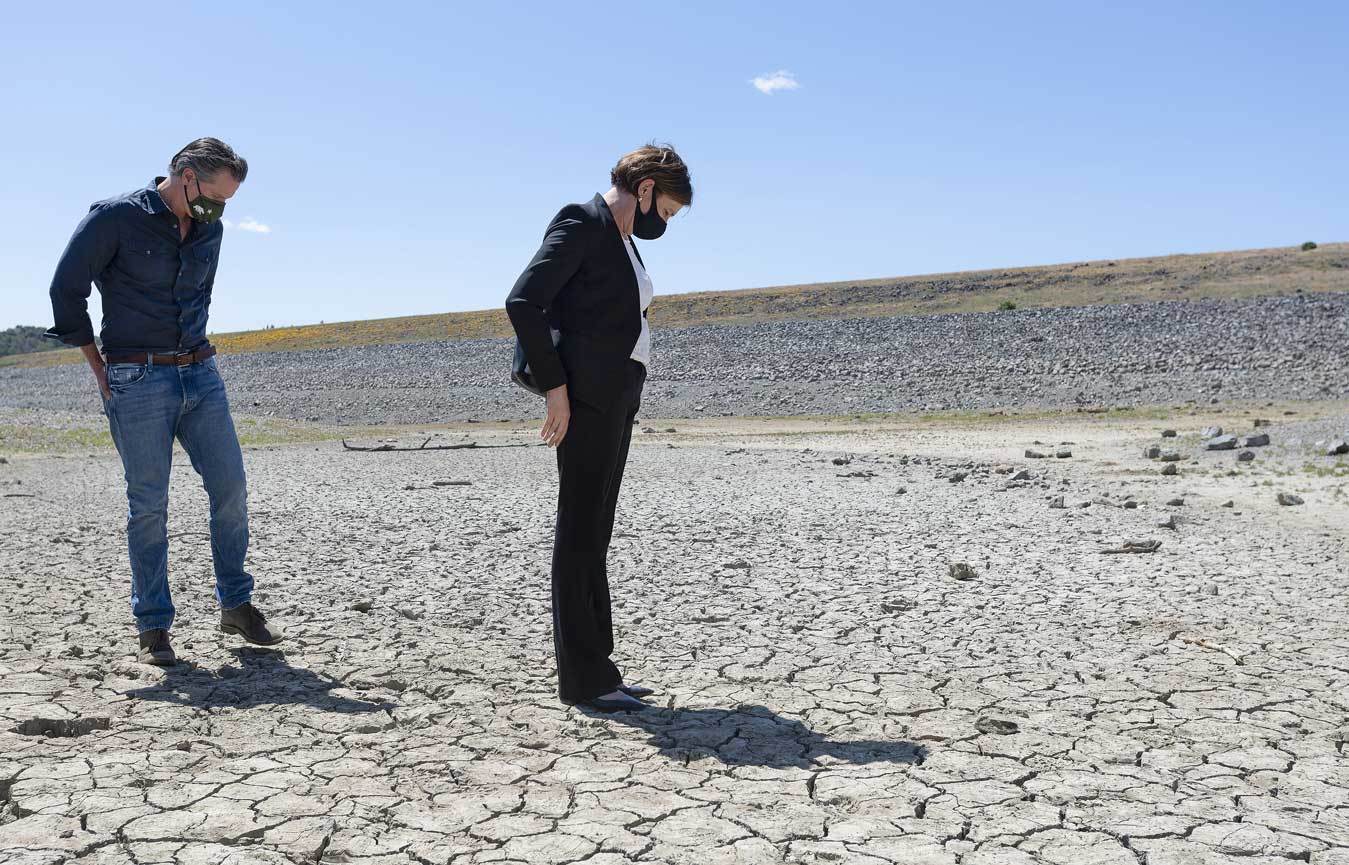 Governor Gavin Newsom and Karla Nemeth, Director of the California Department of Water Resources ponder dried mud that should be deep beneath Lake Mendocino in this April 21, 2021 file photo, courtesy California DW

Sonoma County officials are awaiting state permission to cut the amount of water flowing down the Russian River as local reservoirs continue receding.

The Russian River may soon have more of the look and feel of a creek. Local officials are awaiting word from state regulators over an emergency plan that would see water levels dip by more than half, hoping to buttress sinking levels at both Lake Mendocino and Lake Sonoma, the river's major sources.

In their emergency petition, officials are seeking an OK to cut minimum releases by as much as 60 percent.  That could equal about 35 cubic feet per second.

Sonoma County Water warns that without a waiver from current requirements, Lake Mendocino would be emptied by mid-September, about two months before the onset of the rainy season.

The State Water Quality Control Board meets Tuesday, but the item is not scheduled for consideration. However, the waiver from environmental rules regarding flow rates appears likely. According to board data, critical drought conditions' exist when levels at Lake Mendocino are below 51,000 acre feet on May 16th of any year. According to Sonoma Water, the reservoir has dipped below 39,000.

If the waiver is approved, flow rates on the river between Dry Creek and the ocean would be three and a half times lower than normal.