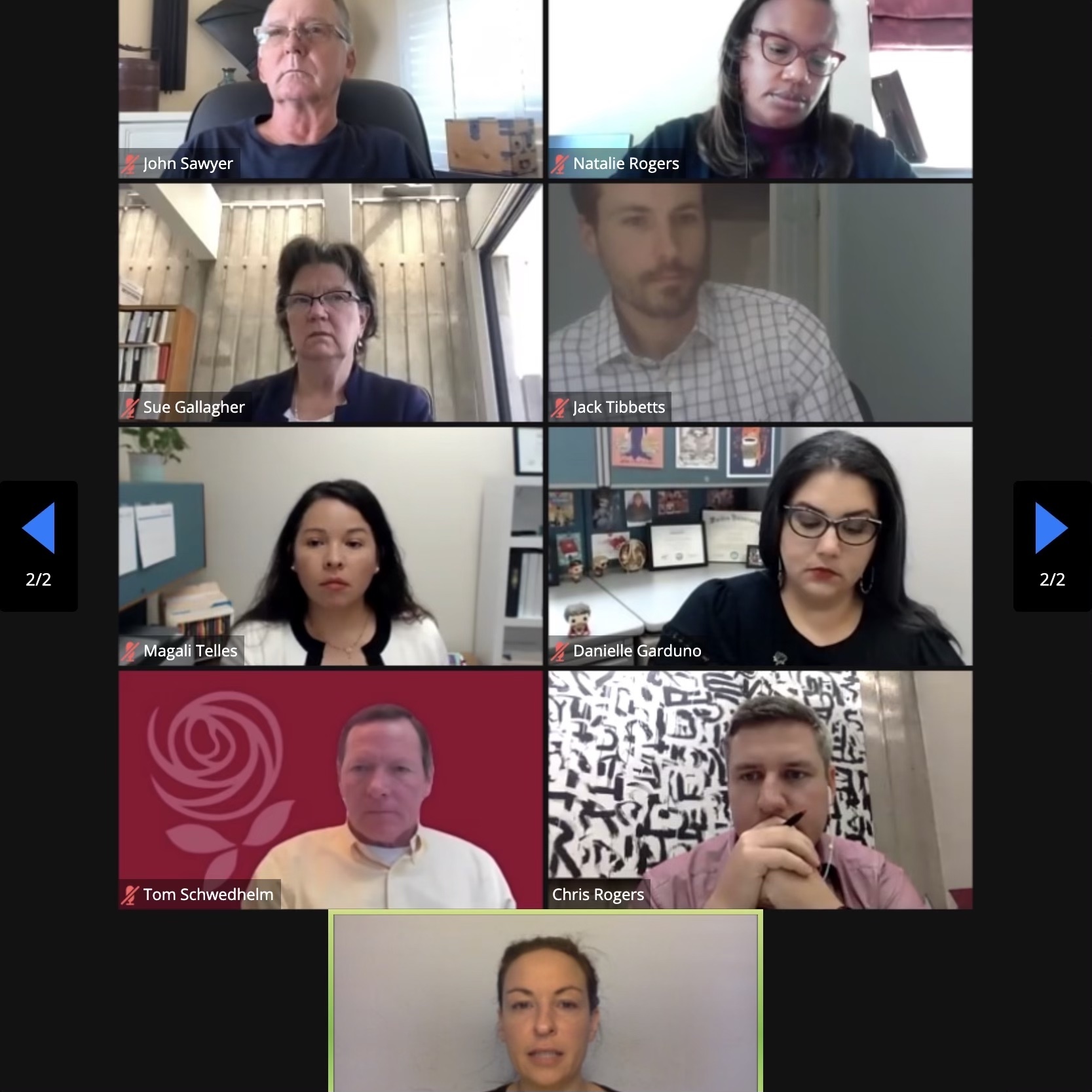 "The city’s effectively on trial here with the public about how we responded to this situation and we are asking the public to see it from our perspective," Council member Jack Tibbetts said.

Tibbetts said he felt good overall with how the police handled the protests. He also suggested releasing the hundreds of hours of body-worn camera footage to the public as evidence. This footage was reviewed by the two city-contracted consulting firms as part of their report of the department’s response during the protests. Both firms concluded that SRPD’s use of force was within policy. But those reports gave several system-wide recommendations, such as better documentation and more supervision.

"None of us ever want to go through something like we did last year again," Santa Rosa police chief Rainer Navarro said. "We made mistakes but these deficiencies have been corrected and we are using these reports to improve our organization."

Navarro said the department was overwhelmed, especially at the beginning of the protest. And that protesters did get violent, throwing fireworks and frozen water at officers, although that claim is contested. Navarro also said he takes responsibility for what transpired and that his department has made changes since last summer, like more oversight on use of force during protests and a better sound system for dispersal orders. And most critically, stricter rules for munitions like the unauthorized barricade rounds that mysteriously made it into officers' hands during the demonstrations. Santa Rosa police captain John Cregan noted that this was one of their biggest failures.

"The unfortunate situation is that some of these munitions were mixed in with the lethal rounds, they look strikingly similar, especially at night but we have taken substantial steps to make sure this never occurs in our community again," Cregan said.

Dozens of residents and protesters spoke out, demanding more systemic change and accountability within the department. Some also expressed concern about the potential for a new sound device, which the New York City police department was forced to stop using this year.

"We need a deep review of implicit bias and outright racism in the force," Santa Rosa resident Katheleen Finigan said.

"And when you ask us what we are fighting for, we are innately fighting to keep each other safe," Chantavy Torando, founder of local nonprofit Love and Light, said.

Many residents also mentioned a lack of attention to the first report presented at the special meeting by Sonoma County’s Human Rights Commission. The report included testimonials from protesters and outlined several human rights violations by SRPD, like excessive and discriminate force, disparate enforcement against protesters of color and sexual harassment. The report demanded independent investigations into SRPD officers involved in these activities and a ban on the use of military grade weaponry on the public. The chief did not directly address this report or testimonials by protesters in his presentation.

"I saw many blunt force trauma injuries to backs of legs of people who had been retreating, I saw head wounds with facial injuries. I saw gas fired ahead of withdrawing groups, forcing them to move through the gas to flee the advancing police lines," Ted, a local EMT and Street medic, said.

"I was shot in the behind running from cops with a barricade bullet. I was then surrounded by police officers and I couldn’t walk, Fate, a local teenager who was at the protests last Summer, said. "This was something that was tragic to me and it made it to where I have no complete trust in the police department whatsoever."

Community members also said the city must hire a new police auditor, a position that’s been vacant since 2018. Santa Rosa resident Michael called in to demand this position be filled.

"The community doesn’t trust SRPD because of what SPRD has done and we need to hold them accountable for that," he said.

Santa Rosa’s Community Engagement Team presented information it says is based on listening sessions with communities of color throughout the city. And they suggested Santa Rosa join dozens of other cities across the state in declaring racism a public health crisis.

You can find the three reports here: