Slated For Deception? Beware of All Those Glossy Mailers Telling You How to Vote 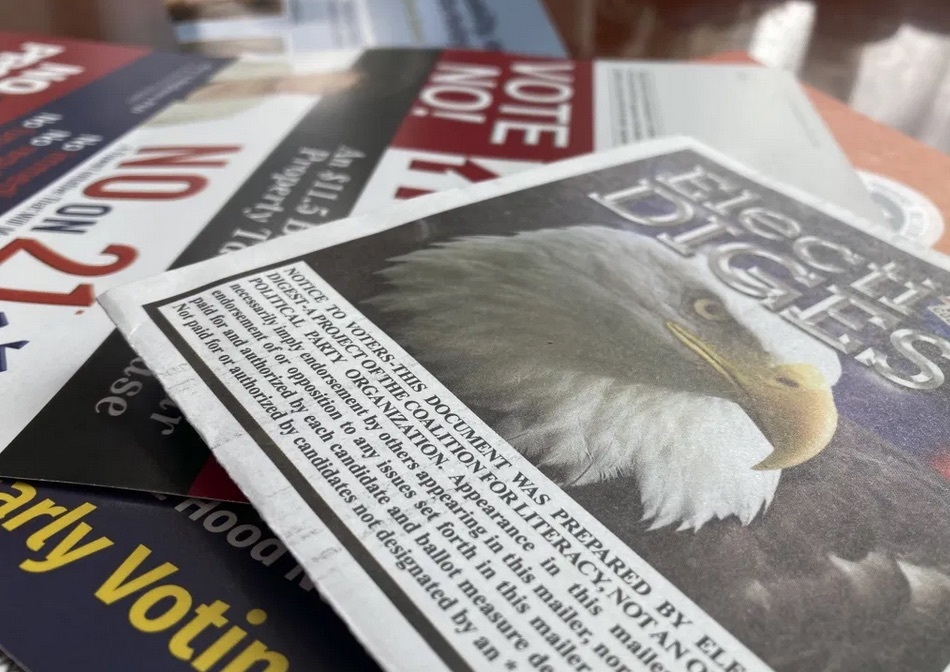 Amid the torrent of laminated campaign ads churning through the postal system this season, the slate mailer stands out as a perennial — and many say unseemly — California political tradition that dates back to at least the 1950s.

Though new restrictions may be on the way.

You’ve seen these before: A group, often with an inoffensive or non-descript name, places a phalanx of candidates and proposition positions on the same glossy postcard and implores voters to support the “slate.”

(Image: Californians are finding slate mailers in their mail advising them how to vote. Photo by Ben Christopher for CalMatters.)

The catch: While some of these mailers reflect the earnest political values of the organizations that put them together, many are pay-to-play money-makers that blur the line between endorsement, paid advertisement and extortion.

There’s nothing illegal about selling endorsement space on a postcard. California law requires that mailers include a “notice to voters,” specifying that the mailer group is “NOT AN OFFICIAL POLITICAL PARTY” (yes, in all caps).

Another required disclosure: Candidates and causes that paid for their mailer spot must be listed with an asterisk.

What isn’t required: revealing the funders behind the mailer “committee.”

Gonzalez wants to change that.

Over the last few months, the “coalition” has also received payments from property manager Richard Snyder earmarked in support of Bry, Dale Briggs in support of his son, and a company called La Playa LLC supporting both Hueso and Vaus.

According to a sparse campaign finance record filed with the state, the organization is managed by a Barrett Gonzalez in San Diego. Though no address or business was provided, a man by that name works for the San Diego Group, a political consulting firm.

Assemblymember Gonzalez said she was probably included in the mailer because she is “a well known progressive Democrat” whose presence on the mailer gives the rest of the endorsements “credibility.”

When the Legislature convenes in December, Gonzalez said she wants to introduce a bill that would require each slate mailer endorsement to come with a label describing who paid for it. She would also like to force slate mailer “committees” to list how many people belong to their organization.

“You have ‘Senior Citizens for a Clean Environment’ — I’m just making this up — and you look it up and it’s like, ‘that’s not an organization,’” she said. “If someone just created a group by which they’re trying to sell endorsements, we should know these things.”

Members of Congress are formally counting the Electoral College votes. A group of Republicans are planning to object to the results, citing false claims of widespread voter fraud. President Trump continues to baselessly claim that he won the election rather than Joe Biden, who is set to be sworn… 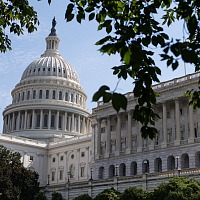 While the election won’t officially be certified until December, preliminary results have come in for Sonoma County and show Measure P has passed. It will give more funding to the County's law enforcement watchdog agency - called the Independent Office of Law Enforcement Review and Outreach, or… 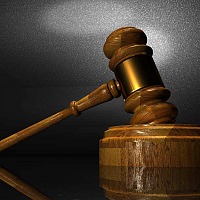 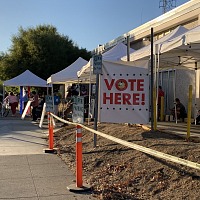 November 3rd is the final voting day of the 2020 election. The presidency as well as several key Senate, House, and gubernatorial races are on the line. Follow NPR’s live coverage and results as they come in. (Photo by Ariel Zambelich) Loading...

What Could A Biden/Harris Win Mean For California? (Aired: November 3, 2020)

No one knows who will win the presidency this election, but if it’s Joe Biden and Kamala Harris – how would that affect California? KRCB’s Adia White…

Enlarge this image Workers board up a building in downtown Washington, D.C., in preparation for possible protests. Tyrone Turner/WAMU hide caption…

Bay Area residents will vote on twelve propositions this November. Key topics include the fate of cash bail, affirmative action, and some property…

One of the most vulnerable House Democrats in California this year is Representative TJ Cox, who narrowly defeated Republican incumbent Congressman…

Proposition 25 is asking voters to decide whether to replace cash bail with a risk-based algorithm. To complicate things, there’s division amongst…

President Trump and Democratic nominee Joe Biden are holding a final debate Thursday in Nashville, with Kristen Welker of NBC News moderating. After…

This year, California voters have a shot at overturning one of the most notorious propositions of recent decades, part of it anyways. Proposition 15…

By NorCal News Staff Looking for election results? We've put together key resources to help you find the information you need past election night.…

Sonoma County’s Independent Office of Law Enforcement Review and Outreach, or IOLERO, is charged with auditing misconduct cases and improving the…