The West Is Burning, So California Struggles To Find Help Fighting Its Wildfires 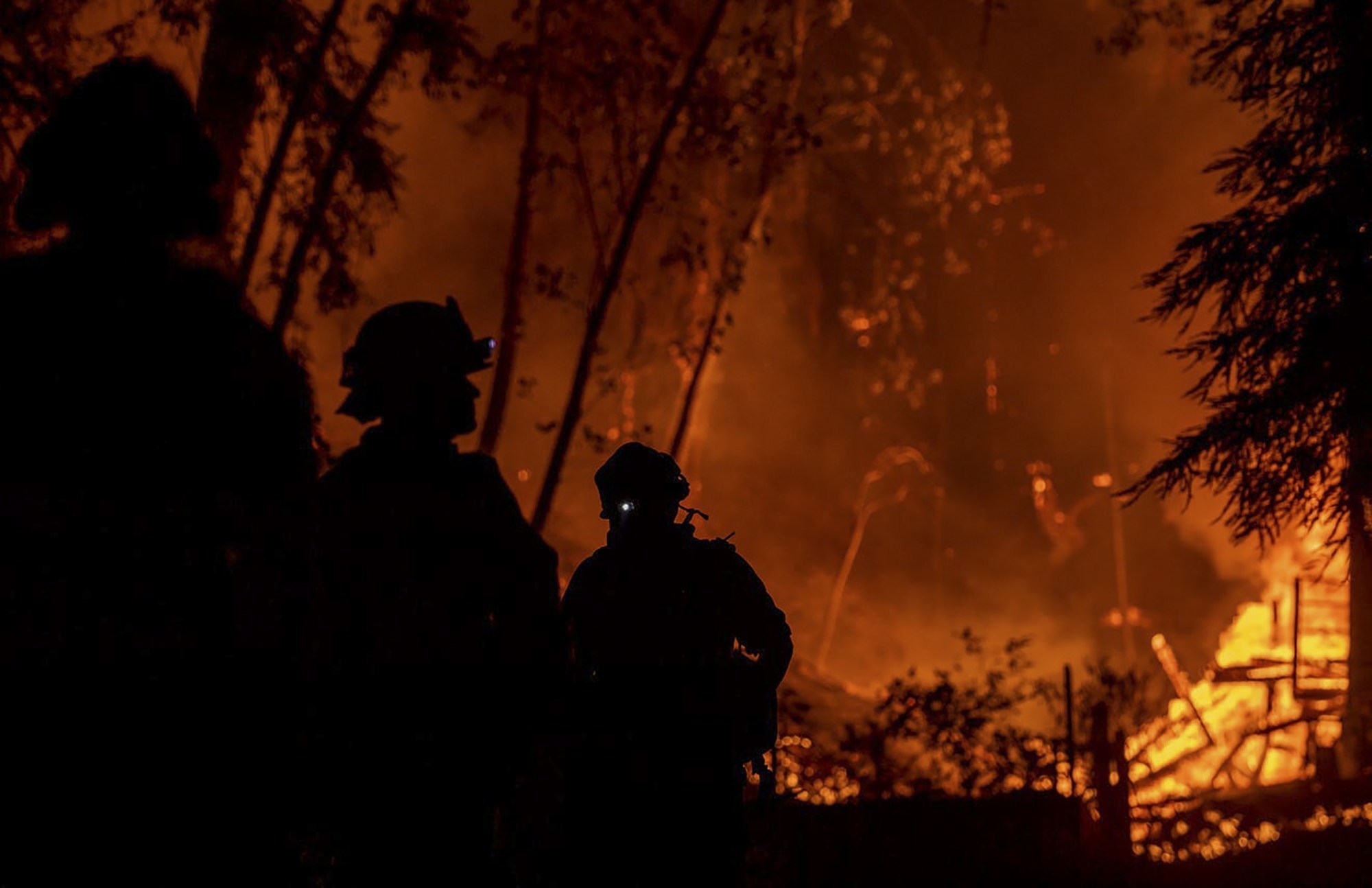 California’s wildfire resources are the envy of the world: It owns the most extensive fleet of firefighting aircraft, and the largest and best-equipped crews.

Yet, already this year, CalFire can’t keep up with the fire siege hitting the state, whipped by a barrage of lighting strikes, an historic heat wave and plenty of brush and buildings poised to burn. Harried state officials readily admit there are not enough firefighters to fill every need.

The state faces an unprecedented crisis: The number and intensity of Northern California’s fires so early in the season means that Western states are still fighting fires and have little aid to spare to send to California.

“We are still burning. New Mexico is still burning. Colorado and Nevada are asking for resources. There’s just not a good word to put on this fire season. We are working in a new world,” said Tiffany Davila, public affairs officer with the Arizona Department of Forestry and Fire Management.

With more than 7,000 fires already started in California, and more than 1.6 million acres burned, the pace is well ahead of what is expected for this time of year.

Climate change has redefined what fire experts held true. There is no longer such a thing as “normal” when it comes to defining fire season and fire behavior. The season now lasts two and a half months longer, starting earlier and lingering into late fall. California’s most deadly conflagration, the Camp Fire, ignited in November of 2018.

(Image: Three firefighters assess the damage to homes near Boulder Creek on Aug. 21, 2020. Photo by David Rodriguez, The Salinas Californian)

Historically, California’s most dangerous fires have come later in the year, in September and October. By then, the worst fires are over in neighboring states so they could be counted on to send help.

The fire service has a long tradition of mutual aid, often encompassing local and county fire crews lending a hand when needed. But the strain of managing multiple, large fires that have ignited in Northern California means casting a wide net for help.

The state secured a federal major disaster declaration, freeing up additional funds and some equipment. At least two C-130 air tankers have been dispatched, from the California Air National Guard and also from Wyoming’s guard.

California has sent out calls for aid to all 50 states, with crews and equipment from at least seven Western states currently working dozens of major fires. Personnel from Arizona, Idaho, Montana, New Mexico, Texas, Utah and Washington are assisting California crews. Kansas is also sending crews.

Help also is expected from Canadian and Australian firefighters, who are California’s traditional wildfire allies. Those appeals are made through the state Office of Emergency Services, which did not respond to CalMatters’ requests for information.

In Arizona, which is second to California in acres burned this year, fire bosses have had two strike teams and crews in the Golden State for a month. During catastrophic fires in California’s wine country two years ago, as many as 300 Arizona firefighters were on the front lines.

Now, with unprecedented late-season fires raging, Arizona fire authorities are in a bind.

“We just sent two crews to Colorado and had to call them to turn them around,” Davila said. “The problem we all are facing is the lack of resources — everyone is still busy. Usually by now we would be dialing down to the end of our season and would have crews to spare.”

It often falls to federal fire bosses at the National Interagency Fire Center in Boise, Idaho, to balance the needs of everybody. With the national fire preparedness set at Level 5, the highest alert, multi-agency fire managers meet every morning at a sprawling complex in Boise. They produce a national situation report and use it to triage fire emergencies around the country and assign priorities for sending resources.

“There are 6,400 federal firefighters, half are on fires in California,” said Stanton Florea, a spokesman for the Forest Service in Boise. “Fires in the U.S. typically start in the Southwest, shift to other parts of the country then end up in California. It’s unusual that these large fires are occurring this early. There is competition for resources.”

Staffing wildfires in California is never straightforward. Current fires are being managed by CalFire, the U.S. Forest Service, the National Park Service and the federal Bureau of Land Management. Tribal crews operate out of the Bureau of Indian Affairs.

Determining where crews and equipment are best used is a logistical nightmare, a puzzle board of moving pieces. Even though large fires aren’t yet igniting in Southern California, the urge to shift crews north is tempered by the concern that such deployments leave southern regions vulnerable should fires break out. It can take days or longer to move fire equipment and crews.

“As (fire) containment goes up, we can move people around, but we are spread so thin,” said Lynette Round, a CalFire spokeswoman. In addition to its duties as wildland firefighters, the agency’s employees also go out on non-fire emergencies. “We responded to 15,000 emergencies in the last 10 days,” Round said.

CalFire has added to its ranks by bringing back retirees, calling employees back from vacations and bringing online 858 new fire personnel funded through the state budget process. Inmate crews, which the agency has come to rely on, are scarce because of virus-related early prison releases.

To make matters worse, the pandemic has restricted the free movement of some firefighters. Davila said that some departments are reluctant to send crews to other jurisdictions for fear that either they would lose firefighters to the virus or restrictive quarantine procedures.

Another factor that bedevils fire authorities is the longstanding state and federal mandate for what they call “aggressive initial attack,” hitting new fires hard to keep them from spreading.

A June memo from the U.S. Forest Service Chief stressed the policy and put it in the pandemic context, as a strategy to put fires out quickly to limit crews’ exposure to COVID-19 while in the field.

That has meant crews are busy on almost every fire, even those that might be observed and allowed to burn.

To Timothy Ingalsbee, executive director of the Oregon-based group Firefighters United for Safety, Ethics and Ecology, it’s a misguided approach.

“It’s not humanly possible to put out all fires,” he said. “We need to focus on the fires that really matter, to save lives and homes, and shift resources to them. The future is to safely manage wildfires, to steer them. You don’t need hundreds of firefighters to do that.”