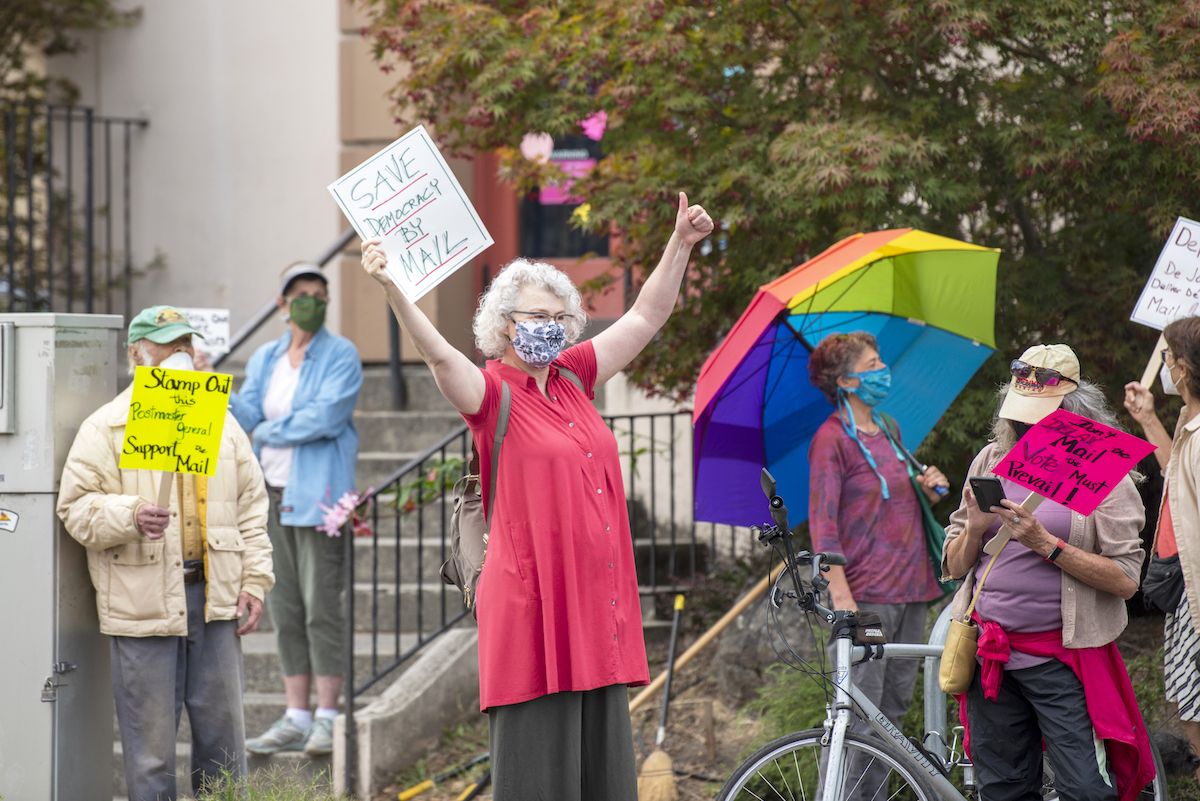 Postmaster General Louis DeJoy has agreed to suspend changes to the USPS as 20 States announced plans to file a federal lawsuit. The states behind the lawsuit say these changes would disrupt mail service ahead of the November Election.  KRCB’s Adia White spoke with Deva Marie Proto , from the Sonoma County Registrar of Voters. She asked Proto how the pandemic will change the election in Sonoma County and if voters should be concerned about the fight in Washington.
We provide local news updates on The North Bay Report Tuesday-Friday at 6:45, 8:45 a.m., and 5:30 p.m. on KRCB radio 91 and 90.9. Here's our North Bay Report episode for Thursday, August 20. Subscribe to The North Bay Report podcast to listen on the go.
(Image: Protesters in Seabastapol demand protections for the U.S. Postal Service ahead of the election. Credit: Diane Askew)
Read Diane Askew's photo essay about the protest HERE.
Tweet Pin it