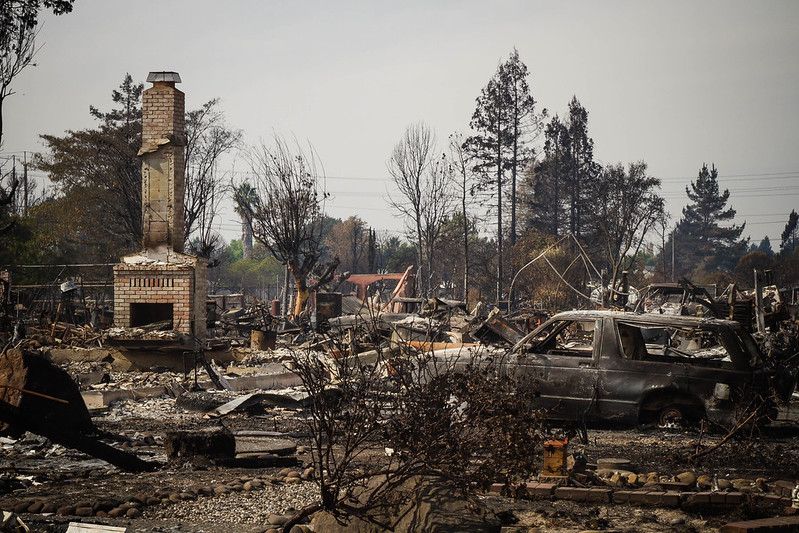 In the last week, our partner station KQED has been reporting on a potential conflict of interest by a lawyer in the PG&E Bankruptcy case. With 16,000 Northern California fire victims as clients, an attorney named Mikal Watts represents more fire survivors than any other attorney in the case.

(Image: The Coffey Park neighborhood was one of the hardest hit by 2017 Tubbs Fire. Photo by Sgt. 1st Class Benjamin Cosse.)

It turns out his lawsuits have been financed by Wall Street firms negotiating against survivors in the case. Lily Jamali is the co-host of KQED’s California Report, she spoke with KRCB's Adia White about the details of the case.