‘Am I Going to Die?’ Alone and Scared, Confined Seniors Struggle with Anxiety 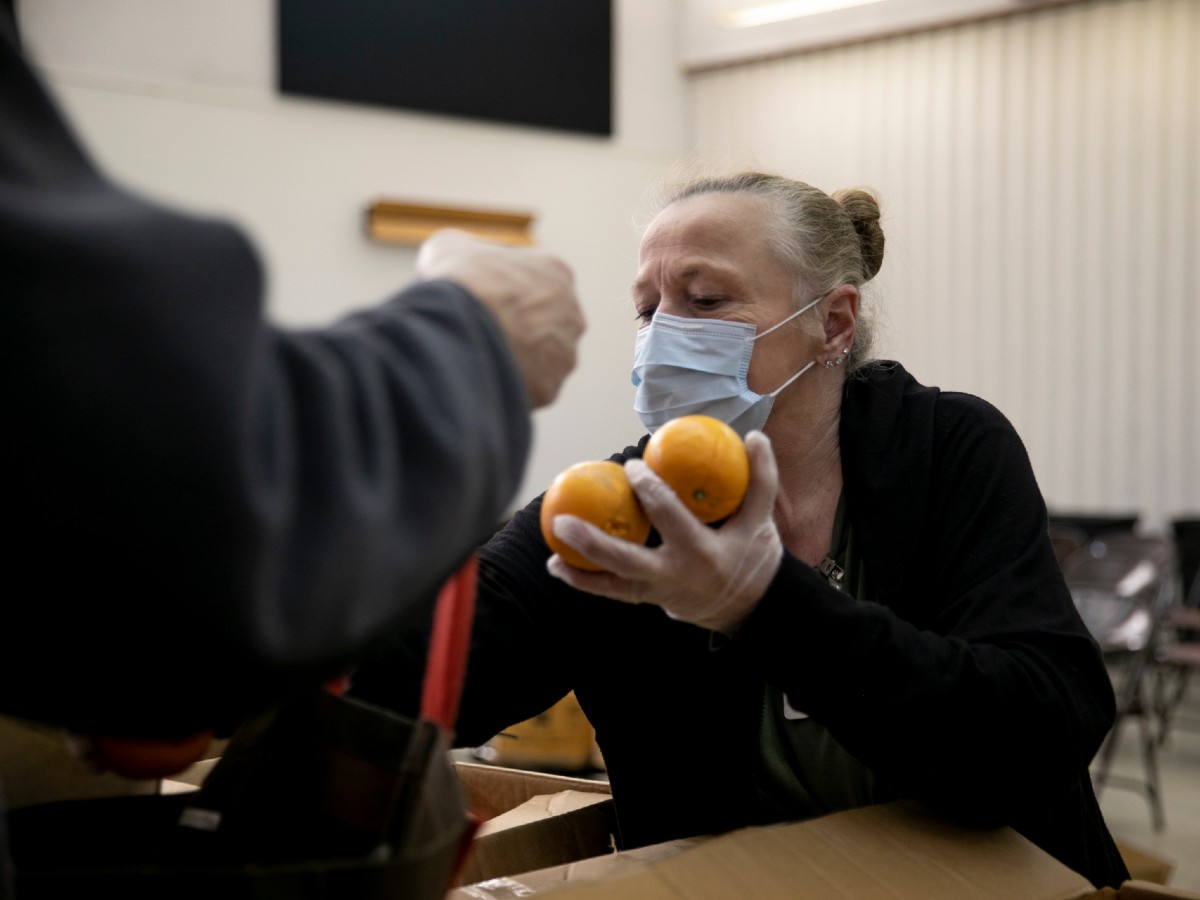 For the past few weeks, as coronavirus radically altered daily life, 79-year-old Diana Fernandes has been struggling quietly inside her San Francisco home, weathering a challenge from within.

Fernandes lives alone — her husband died in 2017 — and has been left to manage a painful foot injury and the threat of the virus on her own. As an asthmatic, she is already in a higher risk category so she has been avoiding contact with people. She hasn’t seen another person since March 14.

She misses watering her plants outside and shopping at Trader Joe’s for her favorite foods: apricots, figs, English muffins, mozzarella and sun-dried tomatoes. Now, she’s relying on regular deliveries from Meals on Wheels for food.

“I have to live with what I can,” said Fernandes over the phone from her home. “It would be nice to have someone to take care of me but it is expensive so not to worry. I do my best.”

Fernandes is among the millions of elderly Californians who live alone amid a strange new reality imposed by the coronavirus. Confined indoors, they are safer from the threat of the virus, but increasingly vulnerable to isolation, fear and anxiety as their connections to the outside world shut down. Friends and volunteers can’t visit, and most senior centers are closed.

(Image: Food bank volunteer Betty Kimmel wears a protective mask as she hands out oranges to seniors at Teamsters 315 Hall in Martinez on March 19, 2020. Photo by Anne Wernikoff for CalMatters)

Already, social service providers are fielding heart-breaking calls from seniors, alone, hungry, some disabled and without the financial or community support needed to get through a lockdown with no end in sight.

“One elder called and said, ‘Am I going to die?’ That was how she opened her conversation with me,” said Cathy Michalec, executive director of Little Brothers-Friends of the Elderly San Francisco, a nonprofit aimed at reducing senior isolation that is sending care kits to elderly residents. “Seniors are isolated always. I think for some seniors really it just amplified the fact that they are alone.”

Experts say isolation can pose a significant risk to seniors. Statewide, there are about 5.7 million Californians over the age of 65, according to the California Department of Aging. Roughly one-fifth live alone.

“Nutrition and isolation are two of our top concerns right now,” said California Department of Aging director Kim McCoy Wade. “If I have one message, it’s for us all to be checking in on each other. Somebody you might not have called last week or two weeks ago, call them now.”

Sally, a San Francisco 80-year-old who asked to be identified by her first name only, spends so much time on the phone now she sometimes feels “like a teenager.” But the daily calls that have become a staple of her quarantine can’t replace the face-to-face interactions with friends that were part of her life before the virus swept through the Bay Area.

“I didn’t know what an extrovert I was,” she said. “I always thought I was an introvert. But I’m not. I really miss my friends. I had a really good life before, I didn’t realize it. Now I feel like I’m a prisoner.”

As she struggles to cope with the isolation imposed by the virus, she has a growing list of worries: running low on food and supplies: declining physical and mental health; missing out on exercise and walks that were a part of her routine; and of course, contracting the virus. She takes her temperature every morning.

Still, she has found some bright spots. She is a poet and recently hosted a reading over the phone for about 15 people — an event she said was a “big success.” She’s also making sure to catalog her experiences and hopes to submit them to a local library’s archive.

Social service agencies, nonprofits and volunteers who work with seniors are also scrambling to adapt as more older people seek food and emotional support. With tens of thousands of home-bound seniors across the Bay Area, local service providers are seeing two patterns play out at once. The first is a spike in need among seniors who may not have previously required help from food relief organizations. The second is a declining number of volunteers, particularly at local food banks and Meals on Wheels chapters, where a significant portion of the volunteer base is over 65.

On a typical day, Contra Costa County’s Meals on Wheels program serves about 2,300 meals to home-bound seniors and people in senior living centers. That’s already grown to 2,800 meals daily. Santa Clara County’s Health Trust Meals on Wheels program has more than doubled its weekly meal distribution, too, and seen a jump in the number of people calling for help, said director Teresa Johnson.

But even as the need for support rises, visitation and activity programs have been cut by shelter-in-place orders. Brendon Coates, 37, a volunteer with Little Brothers-Friends of the Elderly-San Francisco, can’t see the senior he has been visiting twice a month since 2018. Usually, when Coates stops by, they talk about old Hollywood movies and swap sugar-free chocolates. Coates has been calling regularly and checking in, but said he does sometimes worry about how his older friend is doing, isolated and with no family nearby.

Phone lines and DIY volunteer groups that have sprung up to help Bay Area seniors have also seen a flood of calls. Paige Wheeler Fleury, who helped found the volunteer-led Oakland at Risk website, which connects healthy young people in Alameda County with seniors and other-high risk community members who need help with groceries, supplies, or phone check-ins, described “heartbreaking” situations: a 94-year-old disabled woman with no friends or family members who doesn’t have money for food; a blind man in his late ‘70s who has no microwave, refrigerator, or stove and relied on a now-closed senior center for daily meals, with no money until April 1.

“He called us about three times and said, ‘I’m hungry and I have no one to help me.’ It was pretty emotional when I spoke to him,” she said. The group was able to send out an emergency delivery of food, but Wheeler Fleury said she is short on sign-ups for volunteers in his area — Oakland’s San Antonio neighborhood — who could continue to help get him groceries.

Dr. Patrick Arbore, an expert in elderly suicide prevention and isolation and founder of the San Francisco-based Friendship Line, a crisis intervention and support phone hotline for seniors and people with disabilities, said the line has seen an uptick in calls as seniors navigate theloneliness of coronavirus. He recommends people who live in buildings with seniors slip the 800 971-0016 phone number of the Friendship line — which serves people across California — under their doors.

“It can be a life-sustaining link for them,” he says. “It’s a very stressful time and when I talk to older people over a period of six hours as I did today and I hear them, I hear the fear. They will say, ‘I’m scared.’ And their routines are just totally altered. And that’s the thing that I can hear is that they’re alone.”

Erica Hellerstein is a reporter with the Mercury News. This article is part of The California Divide, a collaboration among newsrooms examining income inequity and economic survival in California.