Undocumented Workers Struggle as Economy Grinds to a Halt 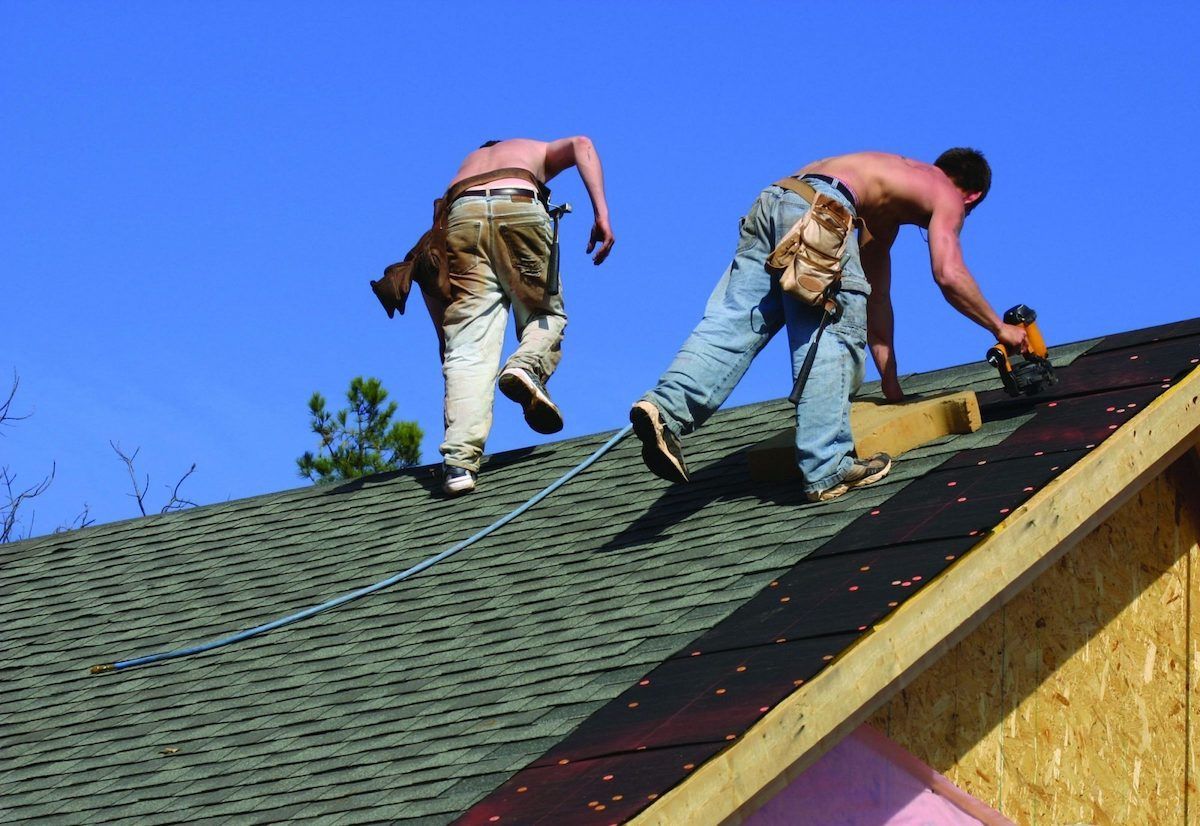 More than 2 million undocumented workers, who do not qualify for many state and federal benefits, are among the hardest hit Californians as the economy is battered by the coronavirus pandemic.
Congress is working to provide an emergency relief fund that could benefit U.S. citizens and permanent legal residents. However, undocumented workers are not included.
Also, undocumented workers do not qualify for unemployment insurance, or for the California Earned Income Tax Credit, a cashback credit that puts money into the pockets of workers.
(Image: Undocumented immigrants often work in construction. Photo by La Opinión)
With non-essential businesses closed throughout California, forecasters at the UCLA Anderson School of Managementpredict that more than 280,000 jobs could be lost by this time next year.
Nearly one in ten California workers is undocumented, and their situation worsens by the day.
Until last week, Luis, who doesn’t want his last name used because he is undocumented, was working at a car wash in Los Angeles. Due to the rainy weather, his hours had been cut already from 40 to less than 16 per week.
“On Friday we were told that the business is closing for a month,” said Luis. “All of us take this issue very serious and if I could, I would stay at home but I have to work to provide for my wife and daughter.”
Luis said about 26 workers at the car wash lost their job on Friday. He was able to secure a part-time job at a liquor store but his savings are so small that he doesn’t think they can last for a month.
Maria Ortiz is an undocumented resident who owns Ortiz Ice Cream in San Bernardino. She said her small business has been up and running since 2005 with the required permits and a tax identification number.
Ortiz Ice Cream caters events for the city, school districts and some colleges.“About two weeks ago things got pretty bad when the governor shut down all the (non essential) businesses,” said Ortiz. “All the events got canceled.”
Now Ortiz and her husband, who also is undocumented, have to figure out how to provide for themselves and their four children, ages 13 to 5 years old.
Her greatest help has come through the San Bernardino Unified School District’s grab-and-go meal service for children. “We go there every day really quickly at 11:30 a.m. and then come back home,” she said.
Ortiz said the situation is dire.
“We live paycheck to paycheck and we don’t really have any savings. We don’t qualify for unemployment, or for the CalEITC, even though we work and pay taxes,” she said.
If one parent in the filing household, like Ortiz, has an Individual Tax Identification Number, the whole family misses out on the Earned Income Tax Credit, even if there are U.S. citizen children in the family. Also, those with a Social Security number who lose their DACAor Temporary Protected Status status do not qualify.
The California Immigrant Policy Center found that the top occupations that would benefit from expanding the tax credit are domestic workers, maintenance workers, farm workers and health care workers.
Nearly a quarter of the nation’s undocumented immigrants reside in California. They “work disproportionately in agriculture, construction, and manufacturing,” according to thePublic Policy Institute of California.
A survey of 500 Latino immigrants in Los Angeles conducted by the Coalition for Humane Immigrant Rights in mid-March showed that 446 were worried about sudden layoffs, 474 worried about their bill payments and 299 had problems with child care.
Campaigning for CalEITC
Sasha Feldstein, an advocate at the California Immigrant Policy Center, said the state earned tax credit could help immigrants if it was expanded to the undocumented community.
In its first year, in 2015, the CalEITC boosted the income of about 385,000 families, who shared almost $200 million from the cash back credit. In 2019, more than 2 million people claimed the credit, totaling close to $395 million.
“This program has shown to be one of the most effective programs at fighting poverty, more than any of our other social programs,” said Feldstein.
Since its inception, the CalEITC program has expanded in terms of who could be eligible, such as age requirements and self-employed people. It has also increased the amount of the credit and the income eligibility guidelines so that now people earning up to the equivalent of full-time minimum wage can be eligible for cash back. 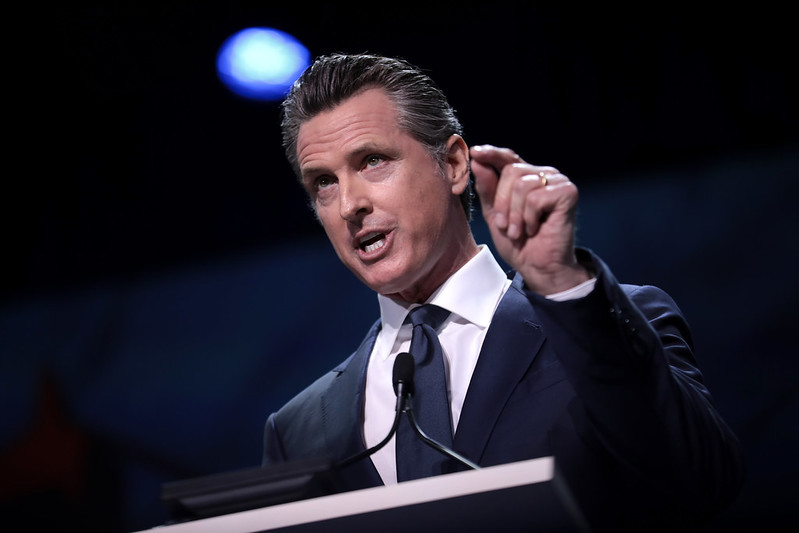 Gov. Gavin Newsom last year invested $600 million in the credit so that people could receive more money. He also instituted the young child tax credit, which gives an additional $1,000 to families with children under six.
“But year after year, the people who continue to be left out are immigrant tax filers who file their taxes with an Individual Tax Identification Number instead of a social security number,” said Feldstein. “Immigrant tax filers contribute up over $3.2 billion in state and local taxes every year, they contribute immensely to our economy.
(California Gov. Gavin Newsom speaking with attendees at the 2019 California Democratic Party State Convention. Credit: Gage Skidmore.)
Many of California’s estimated 2.1 million undocumented workers could benefit from the tax credit if it is expanded, she said.
“It wouldn’t cost that much money and would have a huge impact on families, especially families right now who might not be eligible for things like unemployment insurance,” she said.
If this program was approved, Ortiz and Luis could benefit, not only as ITIN workers but also with the additional $1.000 per child since they have U.S. citizen children.
Newsomrequestedthat President Donald Trump make a Major Disaster Declaration in California to free up emergency response efforts, including disaster unemployment assistance for the groups who do not otherwise qualify, including business owners, the self-employed and those who have not earned enough to qualify for regular unemployment benefits. But while Trump did make the declaration, he did not approve the disaster unemployment assistance, and immigrant advocates say they do not know whether undocumented workers would qualify for it.
A call to action
Last week a coalition of dozens of pro-immigrant organizations, led by the Coalition for Humane Immigrant Rights, sent a letter to the federal, state and local governments advocating for help for undocumented immigrants as coronavirus continues to take its toll. The organizations ask the federal government to ensure free coronavirus testing and treatment without discriminating based on income, gender, nationality, disability, and citizenship.
The advocates also are asking the state to expand access for undocumented people to state-funded programs such as the California Food Assistance Program and Cash Assistance for Immigrant Program for at least 6 months. Also, they request immediate inclusion of ITIN workers in the CalEITC and Young Child Tax Credit program retroactively for tax year 2019 and ongoing.
In California, undocumented people over the age of 25 are not eligible for Medi-Cal, though the governor included a proposal to expand the state’s health insurance for low-income people to undocumented seniors 65 and over.
State Sen. Maria Elena Durazo, a Los Angeles Democrat, urged Newsom to go even further, extending Medi-Cal coverage for coronavirus-related testing and treatment to all Californians, regardless of immigration or insurance status.
Currently, some health clinics are waiving test fees for the uninsured. The California Department of Public Health has said that people who are uninsured and have symptoms should contact their local health department to find out where free tests might be available.
Meanwhile, some state legislators are pushing to extend health insurance to all of California’s undocumented residents.
As coronavirus fears sweep the nation, people are... working from home, stockpiling food, and visiting doctors over any possible symptoms,” Assemblymember Joaquin Arambula, a Fresno Democrat, said in a press conference Monday. “For many low-income, immigrant communities, however, these precautions and accommodations are essentially luxuries, making them particularly vulnerable during the pandemic.”
Here are some relief funds for undocumented immigrants:
•Restaurant Opportunities Centers United –Restaurant Workers Relief Fund. For restaurant workers in need of financial assistance.https://rocunited.org/relief/application/
•One Fair Wage Emergency Fund. Cash assistance for restaurant workers, car service drivers, delivery workers, personal service workers and more who need the money. https://ofwemergencyfund.org/help
•USBG National Charity Foundation –Bartender Emergency Assistance Program. For bartenders, or the spouse or child of a bartender who have experienced an emergency hardship.https://www.usbgfoundation.org/beap
•Another Round, Another Rally Emergency Assistance. For workers in the hospitality industry, dishwasher, bartender, server, busser, chef, cook, sommelier, manager, host, concierge, cleaning staff, or bar back may apply for funds. https://anotherroundanotherrally.org/?fbclid=IwAR2NYl5YUCDvpIjCYRjxzvxaoMrYOLW3DWANoQKDJEKZT-yFf6x2OsCXias
•Restaurant Workers’ Community Foundation. For emergency assistance for those employed by restaurants or bars or are employed by a restaurant or bar supplier.https://form.southernsmoke.org/smoke/application/
Jacqueline García is a reporter with La Opinión. CalMatters reporter Jackie Botts contributed to this article. This article is part of the California Divide, a collaboration among newsrooms examining income inequity and economic survival in California.