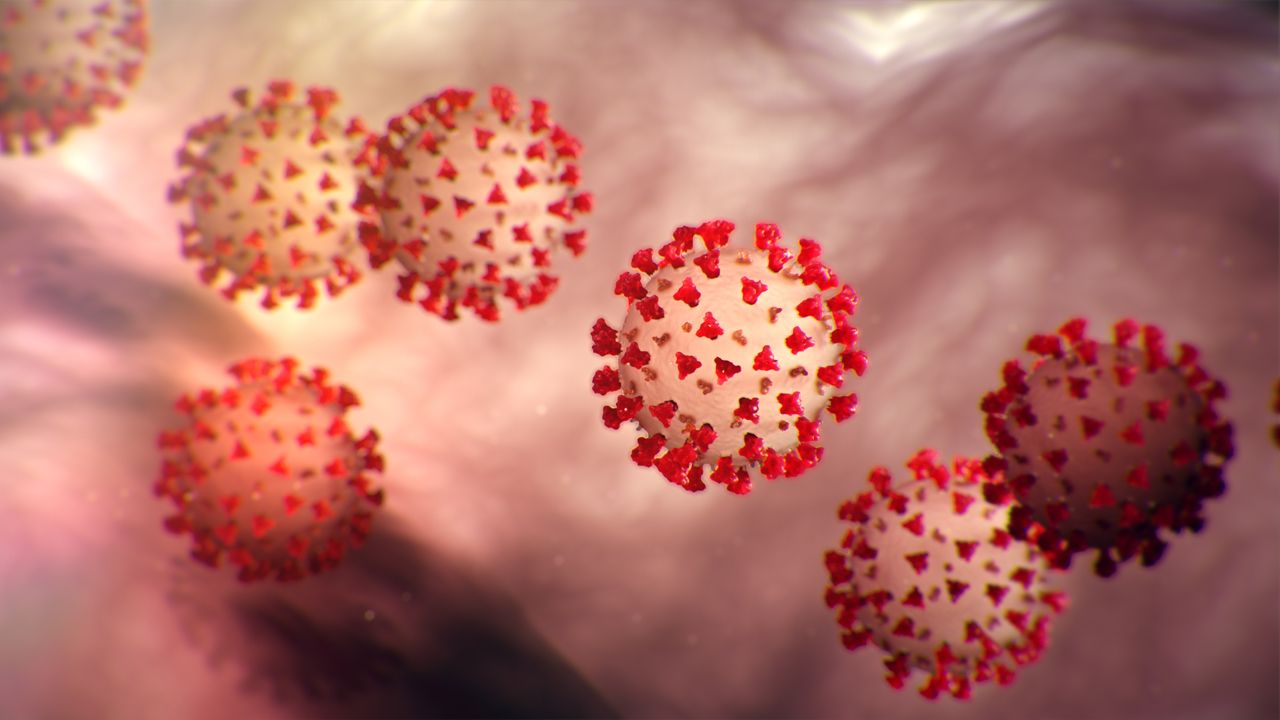 By Rachel Becker and Ana B. Ibarra, CalMatters

Coronavirus testing has been plagued by confusion, delays and chaos, with the number of available, usable tests far outstripped by the need. The situation, health care providers and experts say, has impaired their ability to know how many people have the virus — but a significantly larger number, they suspect, than that confirmed by state and federal officials.

Gov. Gavin Newsom says, however, that help is on the way, from university medical centers, private labs, the tech sector and more. So where are we on this? Who can get tested and where exactly should you go? If you do get a hold of a test, is it going to cost anything? Here’s what you need to know.

How many tests does California have?

On Sunday, California Gov. Gavin Newsom said California has conducted 8,316 tests, and has the capacity to run just short of 9,000 more. On Monday evening, he said that the state’s 19 public health labs have increased tests “by a few hundred” over the previous 24 hours. Still, he said, “That clearly is not enough.”

By Tuesday, the number of public health labs conducting testing had increased to 21. And the state has also turned to academic medical centers as well as private companies to fill in those gaps. UC San Francisco, UC Los Angeles, UC San Diego, and Stanford are all offering tests for the novel coronavirus — and UC Davis is currently racing to get three different types of tests online.

Nam Tran, associate professor and senior director of clinical pathology at UC Davis, said one of the tests that runs on an SUV-sized instrument created by Roche Diagnostics should come online within weeks and is expected to churn out 1400 results per day. He called it a “game changer.”

As for private companies, Quest Diagnostics has been running 1,200 tests a day out of its lab in San Juan Capistrano, Newsom said Monday — and could ramp up to 10,000 tests per day across the country with the addition of another laboratory by the end of this week.

Should I get tested?

Californians are still facing delays, or no tests at all. And a surge of demand for testing supplies — including swabs, kits for extracting the virus’s genetic material, and personal protective equipment for healthcare workers — threatens the state’s efforts to scale up tests.

At a time of limited resources, testing should be reserved for people with moderate to severe symptoms and for those with underlying health conditions, said Michael Romero, a program manager with Placer County’s public health emergency preparedness team.

Symptoms can show up between two days and two weeks after exposure to the virus, and include fever, cough, and trouble breathing, according to the CDC.

“Our guidance is if you have mild symptoms, just stay home, testing would help you know whether you have it or not, but it wouldn’t change anything,” because there is currently no treatment, he said.

Can I get tested?

One challenge is the patchwork of guidance about whom to test first across California’s counties, private testing companies, and health systems, according to Kat DeBurgh, executive director of the Health Officers Association of California.

Guidelines may vary from county to county because of the uneven spread of the novel coronavirus, and local public health departments are required to approve the tests run through their labs, DeBurgh said. She’s calling for more guidance from the state about whom to prioritize, she said, to help with the crush of calls that local public health officers are triaging.

In Los Angeles County, for instance, the public health laboratory “will test specimens from high risk patients requiring a rapid public health response if they test positive,” according to guidance from the county. Any other patients with fever and symptoms of a respiratory illness who may have been exposed should be tested by a commercial laboratory, instead.

At Kaiser Permanente, whom to test is up to clinicians, spokesperson Marc Brown told CalMatters in an email. Tests are only available to Kaiser members with a doctor’s order.

Priority goes to hospitalized patients as well as people experiencing symptoms who also have additional risk factors such as being over 60 years old, heart or lung disease, or who are immunocompromised. Anyone exposed to someone with a confirmed or suspected case of the novel coronavirus, or who recently traveled somewhere affected by it, will also be prioritized.

Where can I get tested?

People should first check with their doctor’s office to ask whether they’re collecting specimens, said Romero with Placer County. If their doctor is not doing testing, they can try calling their local urgent care. Romero said people should not go to the emergency department just for testing. That is what would cause unnecessary overflooding in the ER, he said.

Some counties, like Los Angeles and San Diego, ask that people who do not have a primary care provider call the county’s 2-1-1 line for information on where they can find providers with tests.

Sutter Health, for example, is asking that its patients schedule a video visit with a doctor to check whether they meet testing criteria. If a person does meet the criteria, then doctors make arrangements with patients about specific locations where they can go for testing.

Some health systems have also opened drive-thru testing for its members.

Is testing free? What if you’re uninsured?

Earlier this month, Newsom announced that all screening and testing fees would be waived for about 24 million Californians. That includes co-pays and deductibles for a hospital and doctor office visit associated with the test. But if a person is sick and needs further treatment and care, that cost is not required to be waived.

Newsom’s order does not apply to people who work for large employers and whose private health plans are regulated by the federal government. That said, an emergency coronavirus response bill pending in Congress would require that testing and all related fees be covered by all forms of insurance without out-of-pocket costs for the patient.

The California Department of Public Health has said that people who are uninsured and have symptoms should contact their local health department for information on how to get tested.

Some health clinics, like the AltaMed group in Southern California, are waiving test fees even for patients who are uninsured, but again, tests are only given to people who are showing symptoms. Also, clinics can help enroll patients in any available county program that may cover fees, and clinics themselves often charge on a sliding scale, which means costs are based on a person’s ability to pay.

Testing through the Verily screening pilot program screening in Santa Clara and San Mateo counties is a philanthropic effort and also free to the public.

Confusion has dogged the rollout of a triage site aimed at directing concerned Californians to testing. At first, President Donald Trump said Friday that “Google has 1,700 engineers working” on a screening website that would be “very quickly done.”

In fact, it was Verily, the life sciences subsidiary of Google’s parent company Alphabet, behind the effort, and the site was not a nationwide screening tool but one specifically for Californians in the Bay Area. Newsom announced the triage website on Sunday, where people can fill out a questionnaire and schedule an appointment at one of two test sites in Santa Clara and San Mateo.

So far, however, demand far outstrips availability: 174,000 people visited the website in the first day since it opened, Newsom said Monday. 174 people filled out the questionnaire. 50 people signed up for specific appointments — and 30 people actually showed up. Newsom said he expects testing to grow by 200 to 400 tests per site, and in a press briefing on Tuesday, he projected the Verily mobile test sites had conducted 320 tests that day.

Newsom said Monday the whole idea is to expand these mobile test sites beyond the Bay Area. “The good news is operationally, things went fairly well, not perfectly, but fairly well.”

What will this test actually tell me?

The current test for the novel coronavirus looks for the virus itself by sniffing out the virus’s genetic code. These tests can tell you if you have an active infection. What they can not tell you is whether you’ve been infected and recovered.

“Something that is missing from our knowledge of this virus is how many people are exposed to it,” said Philip Felgner, director of the vaccine research and development center at the UC Irvine School of Medicine. That data is key for understanding the breadth of the outbreak, and just how lethal it really is.

So how will we be able to track the virus?

Researchers across the world are working on developing another kind of test — one that looks for signs of the immune response to the virus, called antibodies. This kind of test — a serological test — would allow scientists to search out people who have recovered from less severe or asymptomatic cases of the virus who never ended up in a hospital.

That could help scientists identify chains of viral transmission, home in on hotspots of the outbreak, and would be a first step towards a fuller understanding of why some people recover more readily than others. STAT has reported that the CDC is working on developing two of these tests, and Science has reported that scientists in Singapore used a serological test to track the outbreak.

Here in California, Felgner at UC Irvine has teamed up with a company called SinoBiological to create tests that can hunt for antibodies to nine different infectious agents including other coronaviruses like ones that cause SARS and MERS, as well as viruses that lead to similar symptoms, like influenza.

Felgner and a research institute in San Francisco called Vitalant intend to validate these tests and other, similar ones, by running them with leftover samples of donated blood from Seattle. Another test will look for the kinds of antibodies that can neutralize infections, giving a sense for how effective the immune response actually is.

Michael Busch, director of the Vitalant Research Institute, clarifies that these tests aren’t to screen the blood. “We don’t screen blood purposefully for this virus, it’s not a transfusion transmissible agent,” Busch said.

The goal, instead, is to survey communities to find out just how far the virus spreads, and for how long. “What it does show you is how many people were infected,” Busch said. That changes the calculus for what we understand about how often the virus causes severe symptoms, or kills people — and where exactly to be looking for it.