The Developer Bonus Tucked Into the School Bond on Your Ballot 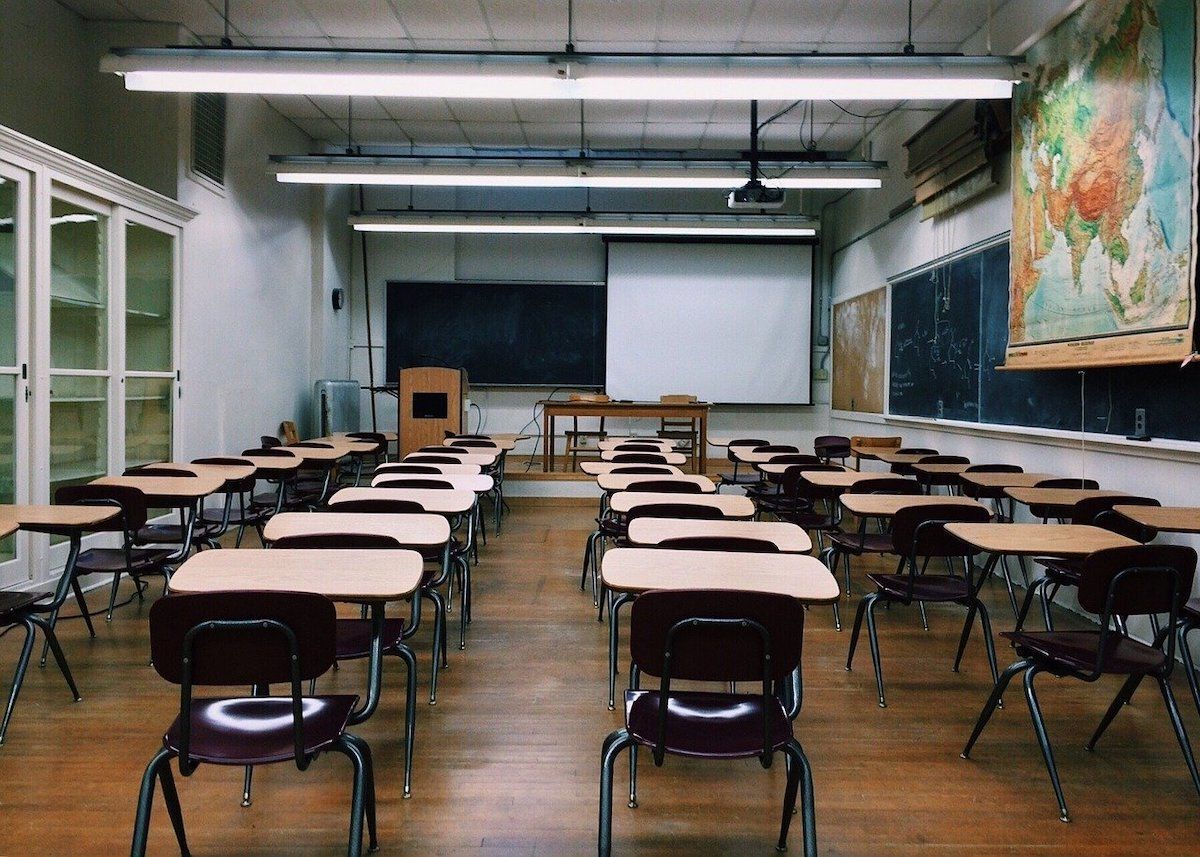 California voters are being asked to approve a controversial measure making it easier for developers to build apartment buildings within a half-mile of public transit.
Most will think they’re only voting on whether the state should borrow more money to fix broken air conditioners in schools.
On its face this new Proposition 13 —the only statewide ballot measure to appear on the ballot for California’s March 3 presidential primary—asks voters for $15 billion in state bonds to finance the construction and renovation of California K-12 schools and public universities.
But tucked into the ballot measure’s language is a provision that frees new multi-family developments around subway stops and bus stations from school impact fees.
Developers say such levies unnecessarily drive up the cost of desperately needed new housing. Education finance experts say they are a pillar of some school district’s budgets and defray the cost of added enrollment from new students.
Nearly every major education group in the state —teachers unions, school boards, charter schools —supports the bond, arguing that billions in new statewide funding far out weighs the potential loss of developer fee revenue. But even the lawmaker who authored the ballot measure has some heartburn over how that provision will impact certain school districts —so much so that he thinks schools could need more money down the line.
“What we need to do at a state level is we need to watch what fiscal impact this has on school districts across the state,” said Assemblyman Patrick O’Donnell, Democrat from Long Beach and author of the bond. “If it’s significantly impactful we may have to backfill the fees that the districts will lose because of this policy.”
Gov. Gavin Newsom, who has endorsed the ballot measure, has long sought to incentivize more homebuilding around public transportation. The goals are twofold: fill the state’s crushing housing shortage, and reduce carbon emissions from long commutes.
But major legislative efforts to accomplish those feats have so far fizzled. Senate Bill 50, a proposal from San Francisco Democratic Sen. Scott Wiener to force cities to allow apartment buildings around transit and eliminate single-family-only neighborhoods, failed to clear the state Senate earlier this year.
“Keep in mind that transit-oriented housing is what we need for climate reasons, what we need for congestion relief reasons, it’s what we need overall,” said Dan Dunmoyer, president of the California Building Industry Association. The association, a developers’ trade group, has spent more than $1.5 million backing the ballot measure.
O’Donnell said the developer fee provisions were inserted into the bond measure during prolonged negotiations with the Newsom administration. The governor’s office did not respond to request for comment.
The fee waivers in this Prop. 13 (not to be confused with the property tax-cutting Prop. 13 voters passed in 1978) don’t come close to the type of radical transformation proposed by Wiener. But they satisfy another complaint from developers over why new construction is so difficult in California: the “impact fees” local governments charge new homebuilding. 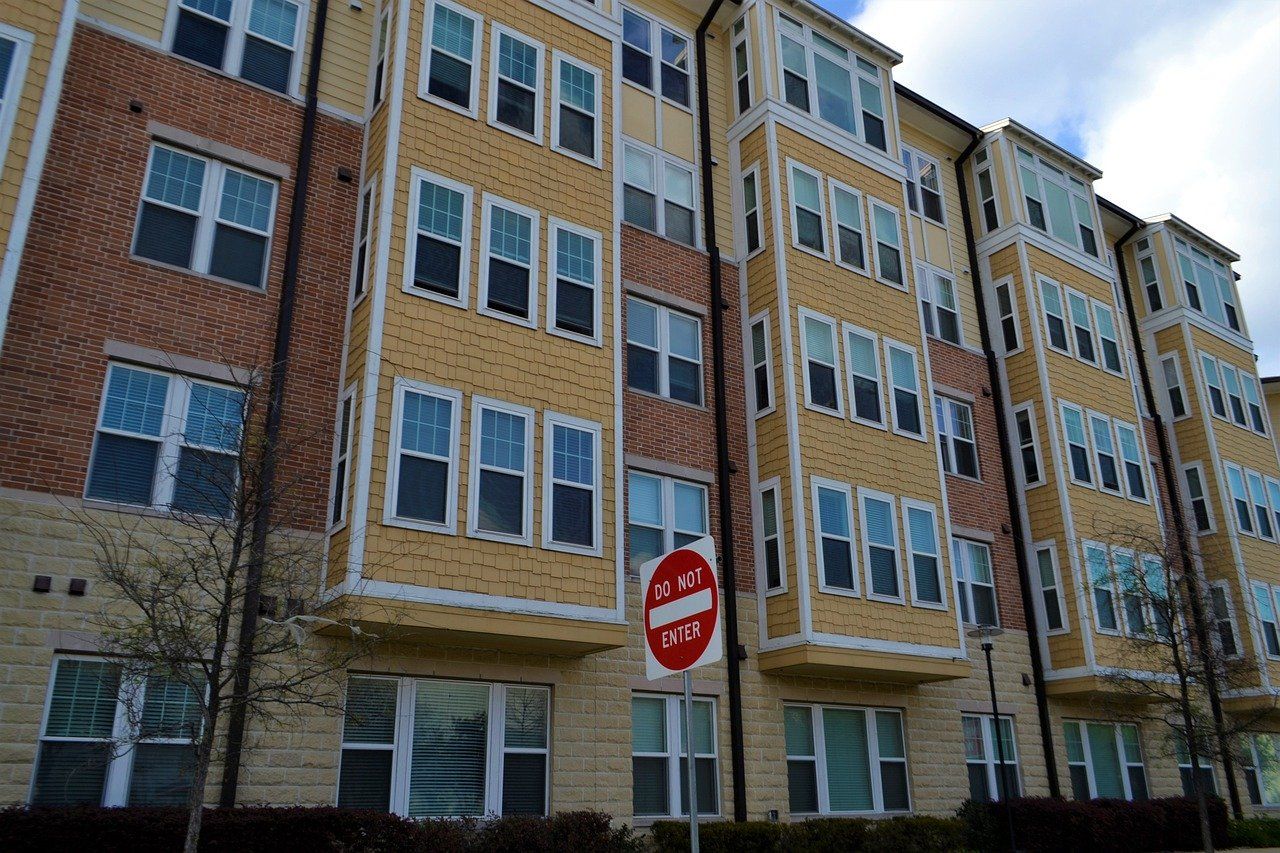 According to the nonpartisan Legislative Analyst’s Office, roughly 90% of school districts have raised around $10 billion from new housing developme
nts since 2002. While the fees make up a relatively small portion of school budgets, they are a key pillar in financing the construction of new schools or facilities.
Fees can total from the thousands to tens of thousands of dollars per unit, which developers argue manifest in higher rents and home prices. Prop. 13 would not only eliminate those fees for apartments near transit, but would reduce by 20% whatever a school district is charging new apartment buildings anywhere.
Single-family-only developments —like many master-planned suburban communities marketed towards young families with children —would receive no benefit from the ballot measure.
The rationale for imposing school fees on new developments is intuitive: Developers argue that in an era of declining school enrollment, the idea that new apartment buildings in urban corridors should be charged for impacts on local schools is misguided. Younger, single adults are more likely to live in those apartments than nuclear families with school-age children.
But ironically, the scale of California’s housing affordability crisis —where a single family home costs nearly $600,000 —has meant families are increasingly opting for an apartment over the McMansion in the ‘burbs.
In “The Crossings at Montague”, a 468-unit apartment complex north of San Jose, leasing consultant Rosio Tafoya has seen a steady increase in the number of families interested in renting. A two-bedroom, one-bath now goes for $2,880 a month.
“When I first started it was mainly roommates, and now most of the time we’re getting families,” said Tafoya.
The big attraction for the tech transplants with a growing family? The schools.
“We’ve had residents that come and say they want to live here because we want to start kindergarten here,” said Tafoya.
CalMatters.org is a nonprofit, nonpartisan media venture explaining California policies and politics.

Only two candidates will be on stage for Sunday's Democratic primary debate: former Vice President Joe Biden and Vermont Sen. Bernie Sanders. The CNN-Univision debate was relocated from Arizona to Washington, D.C., and will not have an in-person audience due to coronavirus concerns. Follow live coverage of the debate, with real-time analysis from NPR reporters. (Photo: Angela Hsieh/NPR) Loading... 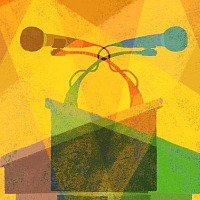 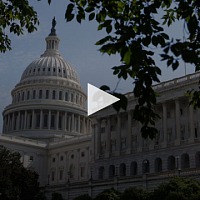 Fourteen states hold contests today, with about a third of all delegates for the Democratic nomination at stake. The field has narrowed, after Amy Klobuchar and Pete Buttigieg dropped out. Both endorsed Joe Biden, while Bernie Sanders says he wants to “open the door” to their supporters. Follow the latest news here. We’ll have live results tonight. Loading... 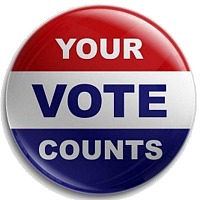 The March 3rd election is just around the corner, and perhaps the most contested measure on the Sonoma County Ballot is Measure I. The measure would extend the quarter-cent sales tax to fund the SMART train for an additional 30 years. KRCB’s Adia White tells us why the measure has been so controversial. (Image: The SMART train pulls into the Rohnert Park station. Credit: Adia White) 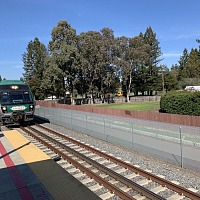 Proposition 13 is the only statewide initiative on the ballot March 3rd. The proposed bond would funnel 9 billion dollars into the state's k-12 schools, and a total of six billion for community colleges, the 23 campuses of the State University system, and the 10 branches of the University of California KRCB’s Steve Mencher spoke with Lisa Vollendorf, the executive vice president of Sonoma State University. He asked about educators’ arguments in favor of Proposition 13 and other big changes in… 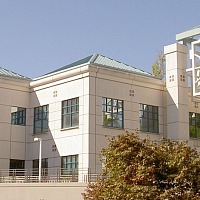 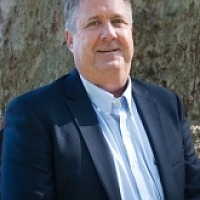 Shirlee Zane is squaring off with former Santa Rosa mayor Chris Coursey in the district 3 Sonoma County Board of Supervisors race. Zane is hoping to win a fourth term as supervisor. She spoke with KRCB’s Steve Mencher about her record and how the board handled the encampment along the Joe Rodota Trail. Listen to the full-length interview below:

Lynda Hopkins Makes Her Case for a Second Term as Supervisor

Lynda Hopkins is defending her District 5 seat on the Sonoma County Board of Supervisors. Hopkins holds a master's degree in land-use policy from Stanford and is running for her second term as supervisor. She joined KRCB’s Steve Mencher at the end of January to talk about her accomplishments and priorities. Listen to the full-length interview below: (Image: Supervisor Lynda Hopkins speaking on a panel about women in leadership at the Paradise Ridge Winery. Credit: Steve Mencher.)

Mike Hilber is challenging incumbent Lynda Hopkins for the District 5 seat on the Sonoma County Board of Supervisors. Hilber has a master's in electrical engineering from Stanford and worked in the defense industry in Southern California. In the early 1990’s he moved back to his childhood home in Roseland to care for his mother. KRCB’s Steve Mencher spoke with him about his priorities and previous experience in Sonoma County politics. Listen to the full-length interview below: (Image: Mike…

Interview: Reporter Will Houston Lays Out the Pros and Cons of Measure I

Marin and Sonoma County voters will soon decide whether to extend a sales tax supporting the SMART train until 2059. Campaigns on both sides of the issue have each received over a million dollars in support of their positions. Reporter Will Houston from the Marin Independent Journal has been following the issue closely. KRCB’s Adia White spoke with him over the phone to find out why this measure is so controversial. (Image: The SMART train at the downtown Santa Rosa station. Credit: Wikimedia) I