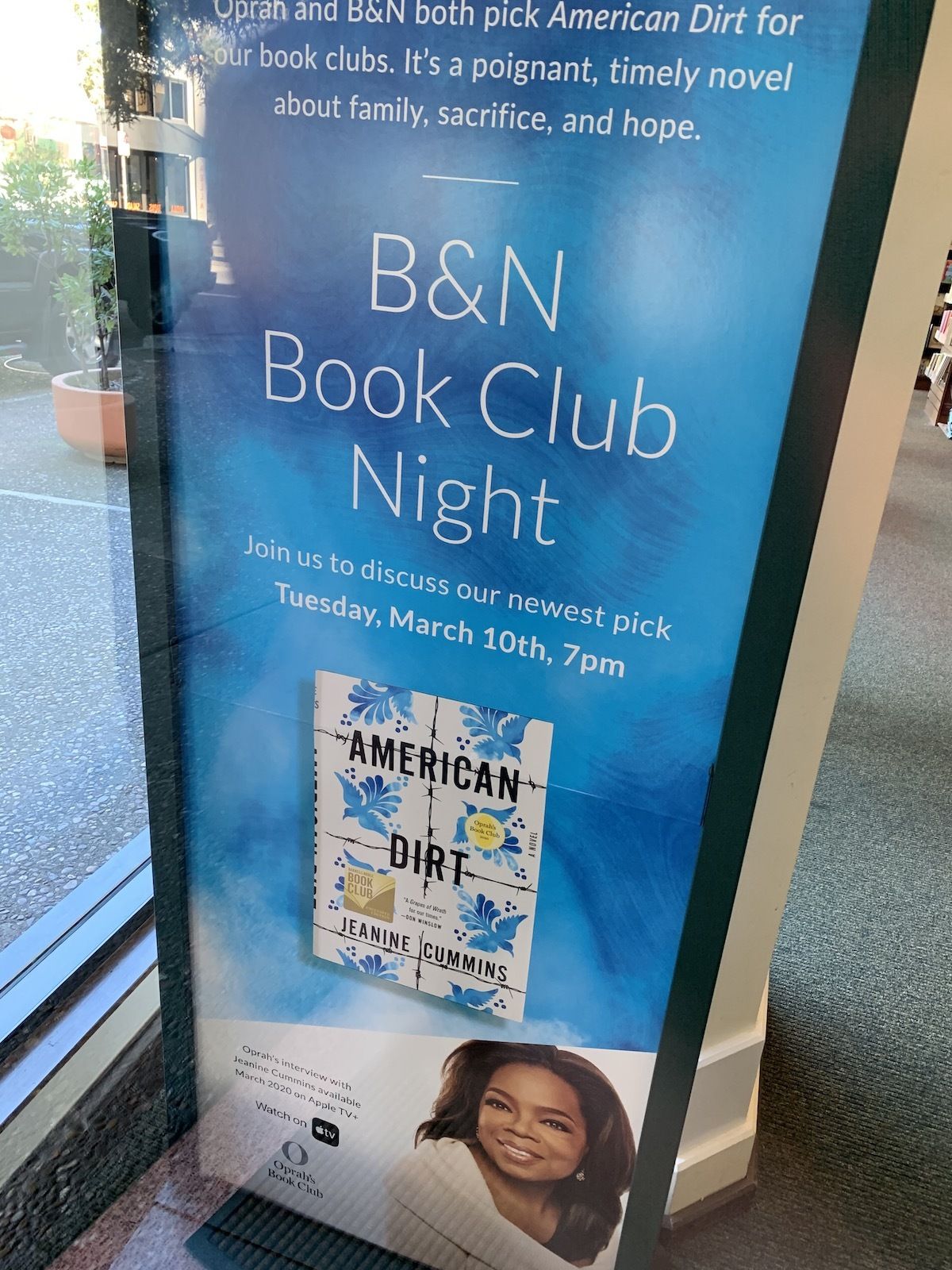 Author Jeanine Cummins’ planned book talk at the Petaluma Copperfield’s Bookstore evaporated with the rest of her scheduled appearances last week when the publisher of her novel “American Dirt” canceled her book tour out of concern for her safety.

Flatiron Books president Bob Miller said they shut down the tour after threats of violence against Cummins and certain booksellers. The backlash contrasts with the attention her novel received as Oprah Winfrey’s latest book club choice. On the publisher’s website, famed author Sandra Cisneros endorsed it as “the great novel of las Americas,” and since the controversy emerged, Cisneros has continued her support.

But Cummins’ tale of a Mexican woman and her son migrating north as undocumented immigrants to escape a drug cartel is a far cry from legitimizing immigrant struggle, according to local activist Isabel Lopez.

Lopez is the executive director of Raizes Collective in Sonoma County, an organization that seeks to empower communities of color through arts and education.

She said the controversy around “American Dirt” revealed white privilege in the publishing world and the disparity in which voices are given a platform.

“There’s so many amazing stories from people, immigrants who are actually experiencing some of these things, from Palestine to Central America to Mexico, and to be giving a seven-figure advance to this woman who says she researched it, but it is not her experience - it’s just like a slap in the face for someone like me, who actually has crossed the border, and experienced getting caught,” Lopez said.

She said no amount of research Cummins did could qualify her to authentically write about a subject like immigration unless she experienced that subject matter first-hand.

“American Dirt” has triggered deep frustrations from Latinx writers and readers across the nation who say her book is culturally appropriative and stereotypical coming from an author who is neither a person of color nor an immigrant.

The Sonoma County community expressed this sentiment and other concerns to Copperfield’s Books on social media, in person, and over the phone, according to Jamie Madsen, the company’s marketing and events coordinator. She said she did not believe the Petaluma store received any direct threats.

Some people called to inform Copperfield’s of the controversy surrounding the book, suggesting the store consider increasing security at the event, she said.

Others urged the store to choose a different author who could more authentically speak to the immigrant experience to have that platform.

“I’d say there was probably more people from the Latinx community urging us to cancel,” Madsen said. 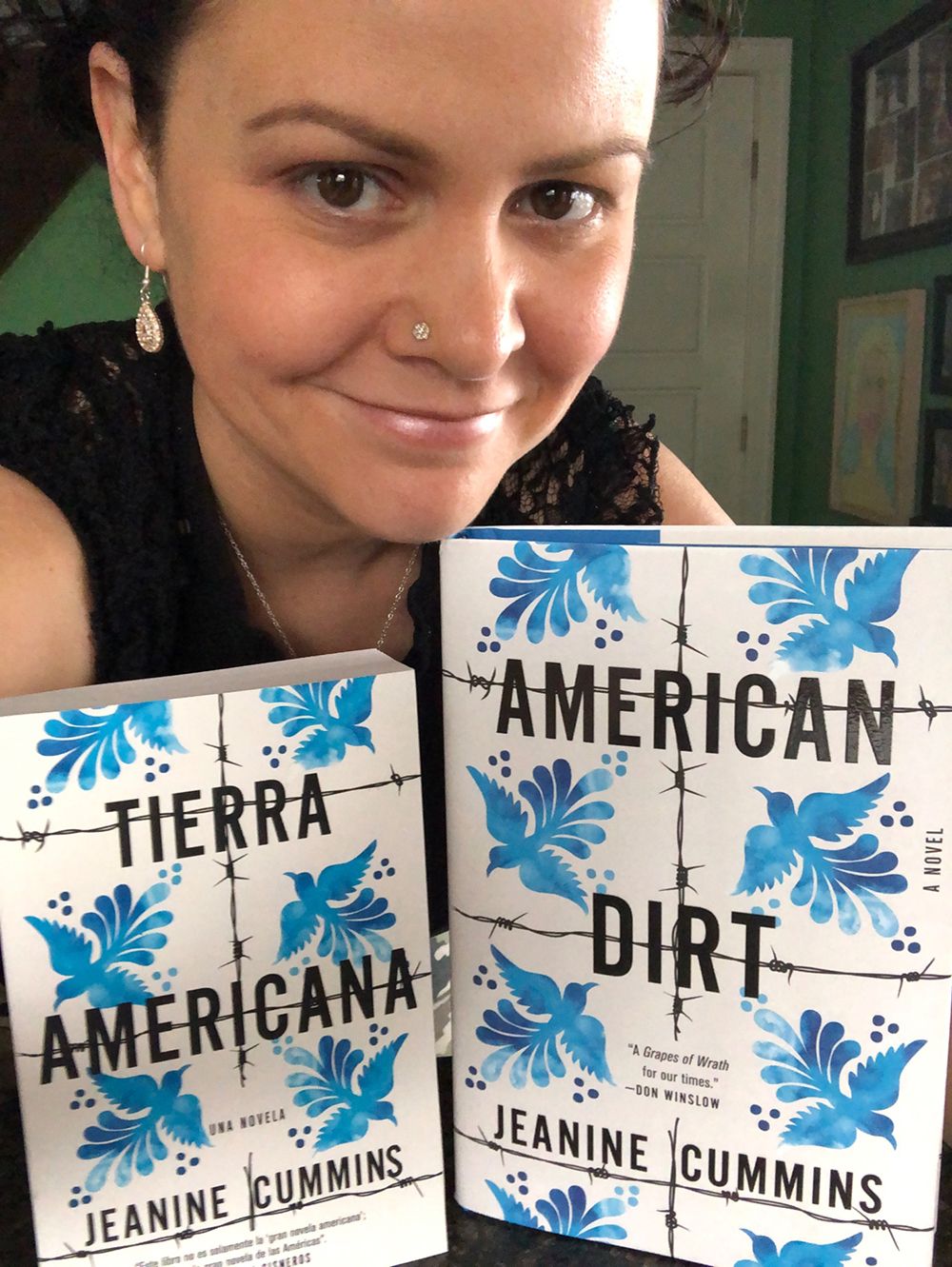 The coordinator echoed the Flatiron Books statement that she had hoped for a respectful, two-way dialogue on “American Dirt.

“I think that Copperfield’s, our role is to facilitate a space where these conversations can be had, and it goes with any of our topics, that people have a place to come hear about the book, to maybe meet the author, to learn more about what went into the making of this book,” Madsen said.

“And to have that hard conversation, because at this point, if we don’t have it, if we just cancel it, I don’t necessarily think that’s going to solve anything,” she added.

Madsen said what happened with “American Dirt” demonstrates a bigger issue in the publishing industry. She said she thought Flatiron Books succeeded in owning up to mistakes, like stating they regretted the decision to refer to Cummin’s husband in the book’s prologue as an undocumented immigrant without mentioning he is from Ireland.

Activist Isabel Lopez said she approved of the book talk’s cancellation in Petaluma, but that the reason Flatiron Books gave for shutting down the book tour in its statement only reinforced racist stereotypes.

“I definitely don’t think it was to apologize, I think it was to protect what they said, which is they didn’t want to put her in this position of intimidation and violence, and that’s the rhetoric that’s been pushed upon us, that we’re violent, and that’s just not the case,” she said.

Lopez said it would have been a good idea to have an alternate event people could attend to air their feelings and discuss the issues “American Dirt” unearthed.

“People aren’t used to talking about issues, and we don’t know how to navigate these conversations about race and privilege, but I think they need to start somewhere,” she said.

(Image: Jeanine Cummins with her book in English and Spanish. Credit: Twitter)

She said she did not agree with the threats Cummins faced, but that she understood the anger people expressed toward her book.

“Why people migrate is so complex, so I could sit here and tell you all of the reasons why my family migrated, but that’s a book in itself, so why not give a seven-figure advance to someone with such a complex and rich story, and I’m not saying me,” Lopez said.

“But there are voices out there that are beautiful and complex and authentic to highlight and to give platform to, that really highlight all of the complexities of the immigration system that’s broken. And why not highlight that rather than this romanticized story, or this dangerous story, that promotes those stereotypes?” she added.

Madsen said Friday that discussions were taking place within Copperfield’s Books on how to go about similar controversies in the future and promote a safe space where people could share different viewpoints, as well as how they could find an author who could speak to a Latinx, immigrant perspective.

She said these conversations involved her and the Copperfield’s events team, president, and general manager, and would include possible ways the community can join at a later time to share their opinions and suggestions for a more authentic visiting author.

Flatiron Books president Bob Miller announced on Twitter the publisher’s intention to host townhall-structured dialogues where people can share their perspectives on “American Dirt” with Jeanine Cummins in the future.