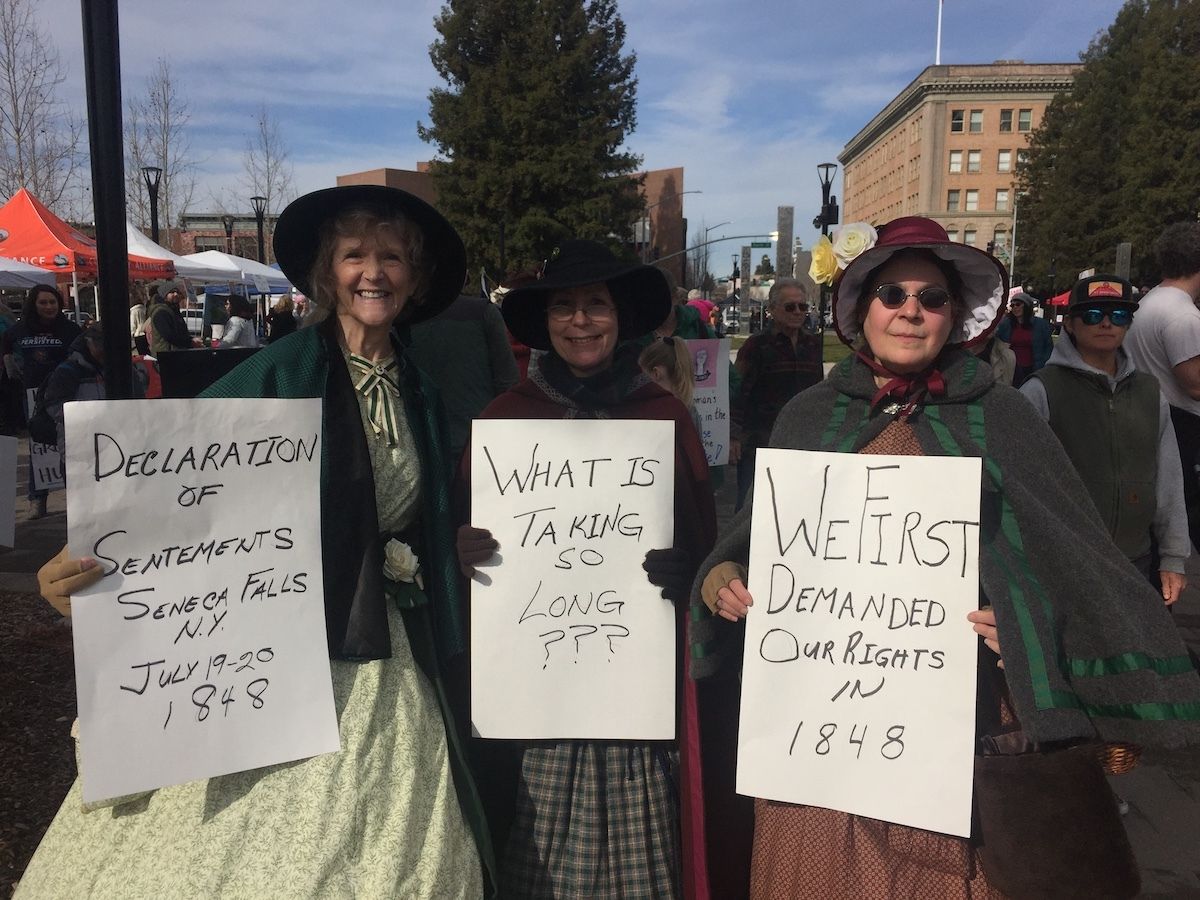 Around 1,000 people joined the women’s march in downtown Santa Rosa on Saturday. Marchers focused on electing women to office in 2020, reducing fossil fuels, immigration reform and a host of other issues. This year’s march kicks off a momentous year for women, with the centennial of suffrage coming up in just a few months. KRCB’s Adia White was in Courthouse Square on Saturday and has more.
(Image right: Constance Smith and friends dress in Victorian Era garb)
(Image below: Magali Larqué holds up her sign) 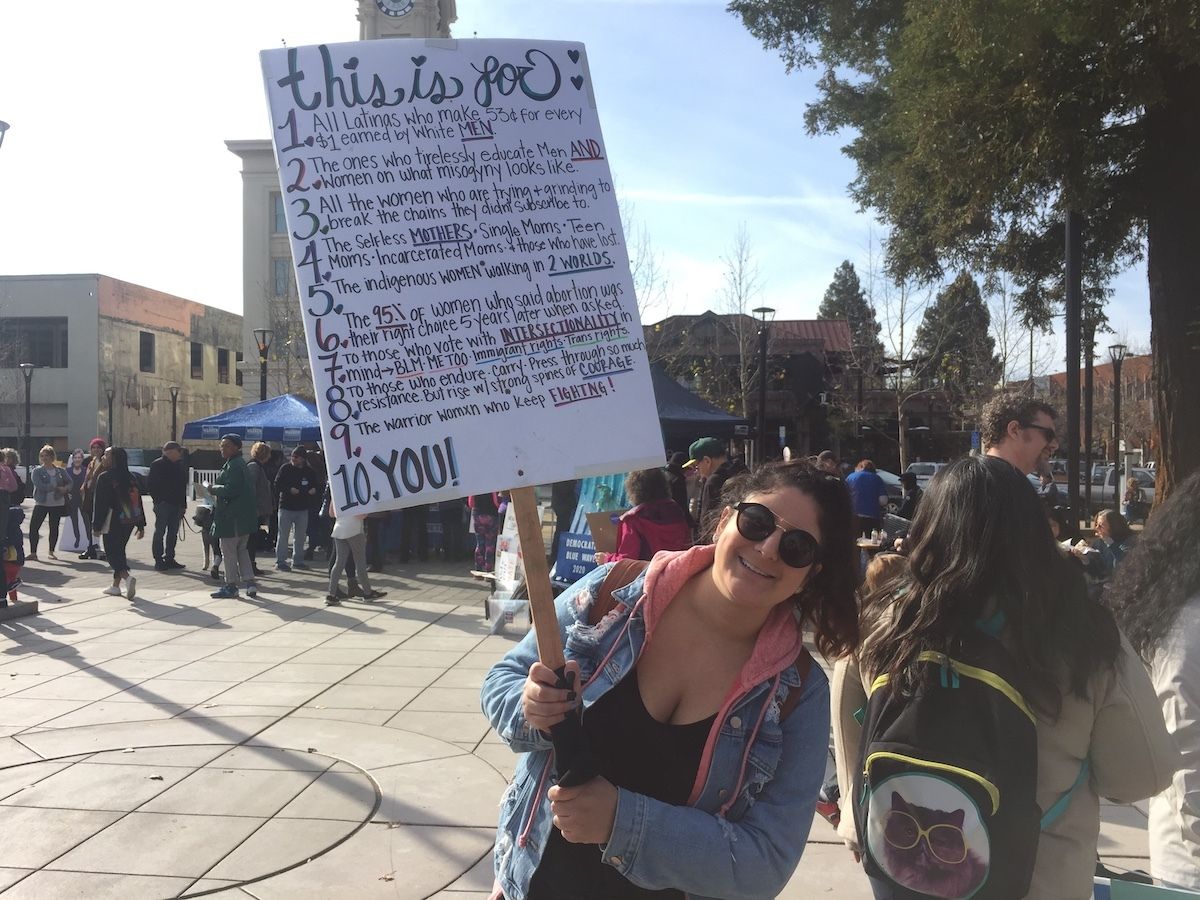