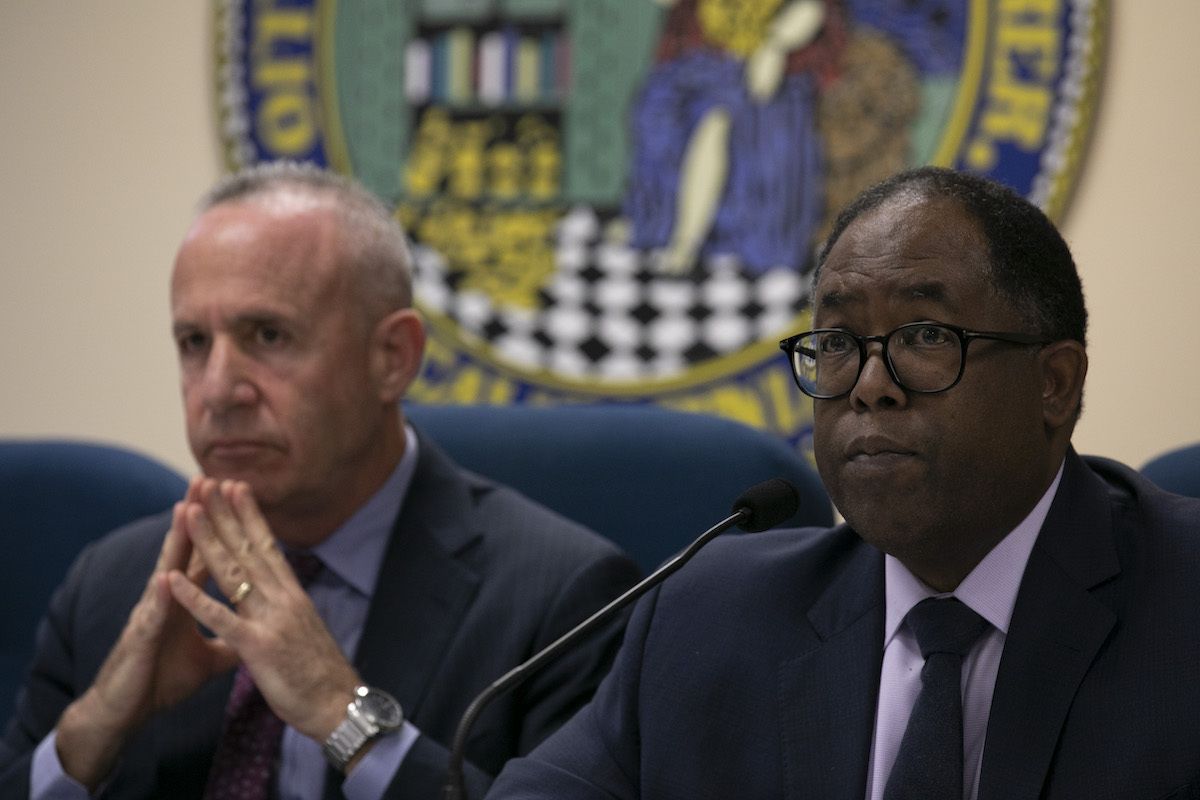 Sacramento Mayor Darrell Steinberg, left, and Los Angeles County Supervisor Mark Ridley-Thomas, who are leading Newsom's task force, have been pushing for some legal leverage to force action on homelessness. Photo by Anne Wernikoff for CalMatters. people in from the sidewalks, Gov.Gavin Newsom’s task force on homelessness called Monday for a “legally enforceable mandate” that would force municipalities and the state to house the growing number of homeless Californians. The proposal, which came as Newsom kicked off a week-long tour of the state aimed at drawing attention to the homelessness crisis, urged the Legislature to put a measure on the November ballot that would force California cities and counties o take steps to provide housing for the more than 150,000 Californians who lack it, or face legal action. Such a measure would require a two-thirds vote of both legislative houses to be brought to voters.
California law does not now penalize the state or local governments for failing to reduce their homeless populations, or to make housing sufficiently available to people without it. But Los Angeles County Supervisor Mark Ridley-Thomas and Sacramento Mayor Darrell Steinberg, who co-chairs the governor’s 13-member Council of Regional Homeless Advisors, have been advocating some sort of enforceable “right” to sleep indoors since the U.S. Court of Appeals for the Ninth Circuit struck down laws against homeless camping. That ruling, which theU.S. Supreme Court let stand just last month, dramatically limited cities’ enforcement options, finding it to be cruel and unusual punishment to prosecute people for sleeping on the street if sufficient shelter isn’t available.
Continue reading this story at Calmatters.org
Tweet Pin it