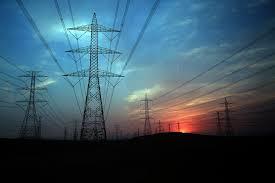 Pacific Gas and Electric announced a $13.5 billion settlement with victims of the Camp Fire and 2017 Northern California wildfires Friday.

The settlement is subject to approval by a bankruptcy court.

As part of the utility's Chapter 11 filing. It also covers claims from the 2015 Butte Fire and 2016 Ghost Ship Fire in Oakland.

In Final Major Settlement, PG&E Reaches Agreement to Resolve Individual Claims Relating to the 2017 and 2018 Wildfires and the 2015 Butte Fire - Company on Path to Making Major Changes Necessary to Exit Bankruptcy Ahead of June 30, 2020, Deadline https://t.co/EsS9yPzVU5pic.twitter.com/JB0fDo40My

State fire investigators have previously determined PG&E equipment sparked both the Tubbs and Camp fires, the two most destructive fires in California history. Combined the two fires destroyed more than 24,000 buildings and killed 107 people, 85 in the Camp Fire alone.

The utility has attempted to avoid further fires by cutting power to millions of Californians over the past year during severe fire weather. The policy — and PG&E's admitted failures rolling out the shut offs — has lead to intense criticism from customers and lawmakers.

Despite the shut offs, PG&E said there were problems with its equipment near where this year's Kincade Fire in Sonoma County started. Cal Fire has not yet determined if that is what caused the fire.

"There have been many calls for PG&E to change in recent years," CEO Bill Johnson said in a statement. "PG&E’s leadership team has heard those calls for change and we realize we need to do even more to be a different company now and in the future. We will continue to make the needed changes to re-earn the trust and respect of our customers, our stakeholders and the public."

This is the third settlement for PG&E related to the 2017 and 2018 fires. It also reached a $1 billion settlement with cities, counties and other public entities, and an $11 billion agreement with insurance companies.