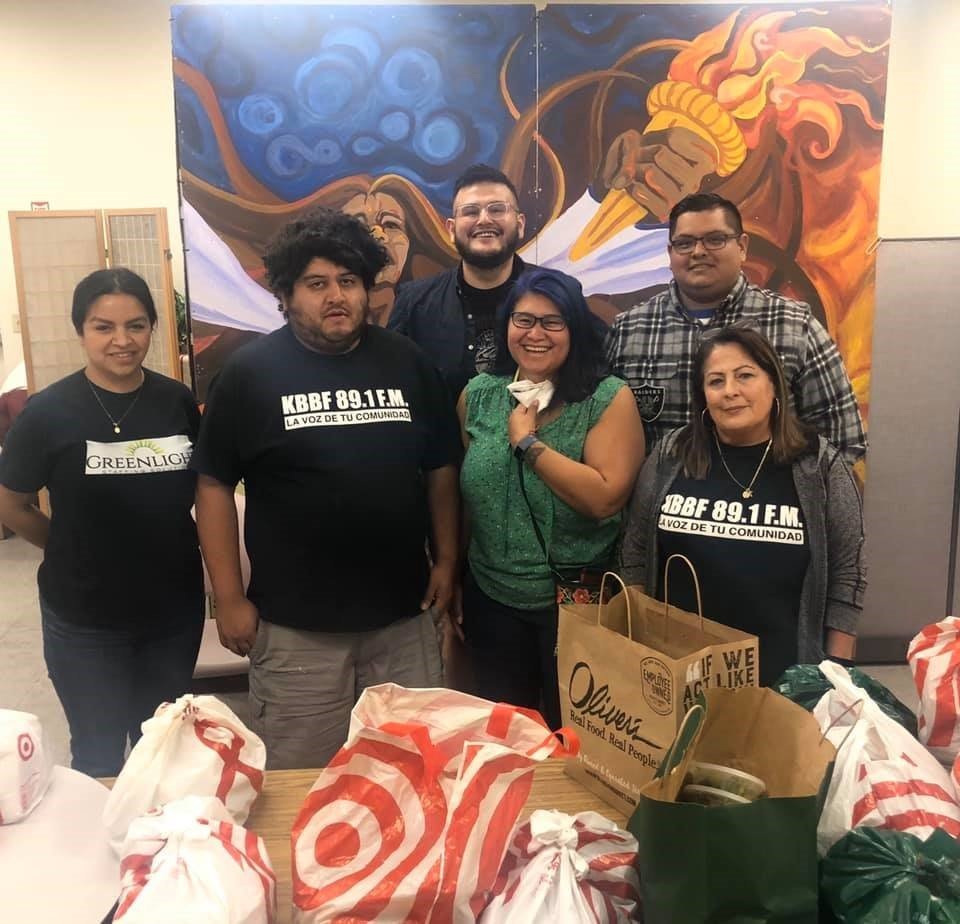 Our neighbor and partner KBBF FM Radio 89.1 has been recognized with two feature stories about their heroic efforts to make sure our community stayed informed during the recent Kincade Fire. For the station, jumping into action was second nature, after they played a similar role in the community in 2017, saving lives with timely and accurate information for their bilingual audience. In addition, there are many languages spoken by immigrants other than Spanish, and KBBF works to transmit information in indigenous languages spoken by many in the community.
From the Los Angeles Times: As the Kincade fire raged on, a Cesar Chavez-inspired public affairs radio station kept farmworkers informed
SANTA ROSA, Calif. —

The farmworkers who called Francisco Pardo the morning after the Kincade fire began were more anxious than usual. Some hadn’t slept in case they needed to evacuate. Others said they could not prepare meals because they had lost power.

From the studio at KBBF-FM, a multilingual public affairs radio station in Santa Rosa, Pardo was trying to keep listeners informed of the fire’s danger. As it had done during the devastating 2017 Tubbs fire, the all-volunteer staff had begun a marathon of live coverage. MORE

In 2017, the world around Xulio Soriano's family was burning. His mother, who has high blood pressure and diabetes, couldn't get critical information about the fires burning in the North Bay, where she lived. It wasn't because information wasn't being relayed — it just wasn't relayed in a language she understood. MORE