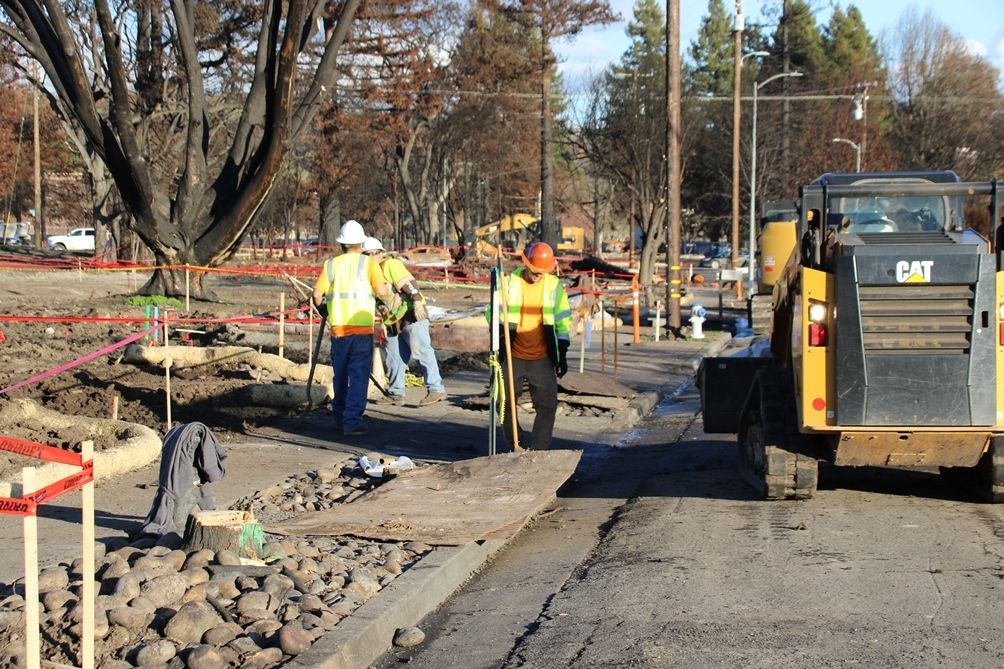 g to FEMA, the City of Santa Rosa has rebuilt quickly compared with other cities hit by major disasters. FEMA held its emergency preparedness symposium, "Prep Talks," in Santa Rosa last week to highlight the city’s efforts. It was only the second time the event has been held outside of Washington D.C. KRCB reporter Adia White spoke with FEMA’s California based regional administrator, Bon Fenton, at the event. She asked how we can further improve our emergency response and recovery ahead of this year’s fire season.
(Image right: Recovery in Coffey Park. Credit: U.S. Army Corp. of Engineers)