Guerneville Businesses Work to Reopen A Month After Flood 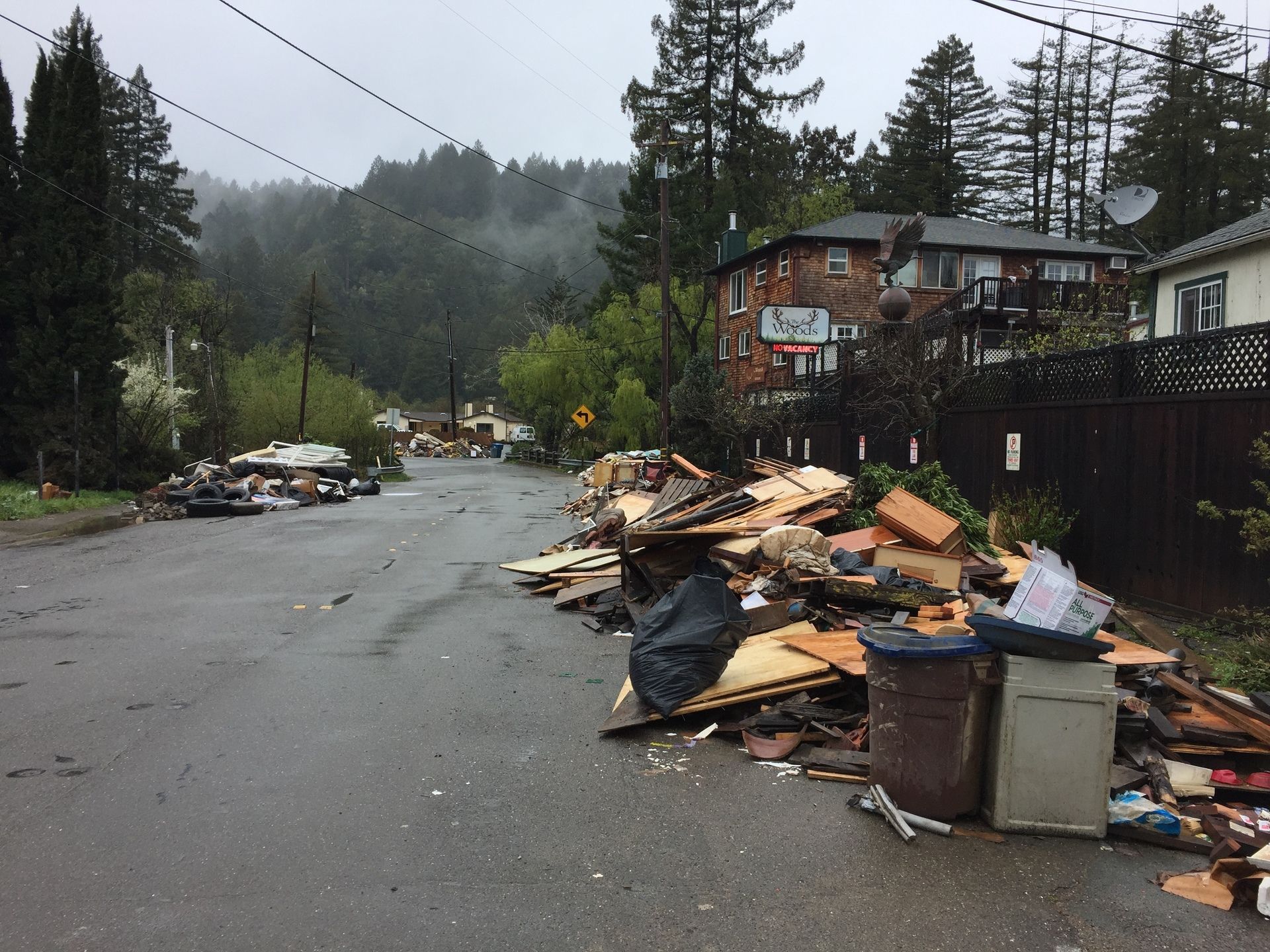 It’s been nearly a month since Guerneville and other towns along the Russian River endured the most severe flooding in over a decade. The County of Sonoma estimated that over 500 businesses were affected by the flood. Reporter Adia White went to downtown Guerneville Monday to find out how some of those businesses are recovering.
(Image right: Debris outside the Woods Resort. Credit: Adia White)