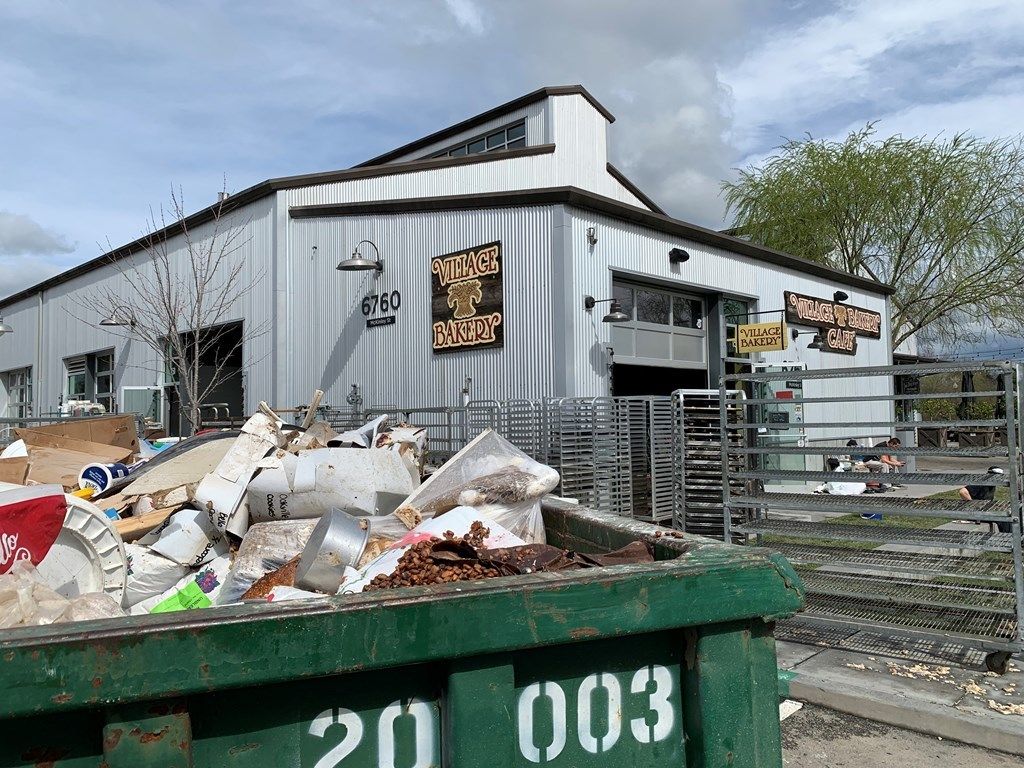 The Barlow, an upscale shopping district in Sebastopol, home to breweries, restaurants, food shops and stores concentrating on arts and crafts, was hit hard by flooding last week. A sophisticated flood control plan at the Barlow failed to protect stores, several of which suffered devastating losses.
On March 4, Rep. Jared Huffman, Sebastopol Mayor Neysa Hinton and a delegation of city officials toured the Barlow, and our news director Steve Mencher has this report:
(Image: Village Bakery at the Barlow suffered catastrophic losses. Credit: Steve Mencher)