The Santa Rosa City Council voted unanimously Tuesday night to extend the city’s prohibition on rental housing price gouging. The ordinance will now remain in effect until October of 2019. As part of the ordinance, landlords will be barred from raising the rent by more than 10 percent. As has been the case at other municipal meetings, not enough attention was given to Spanish translation. KRCB’s Adia White was at the meeting and has this report.

Reporting for this story was supported by a grant from Internews. 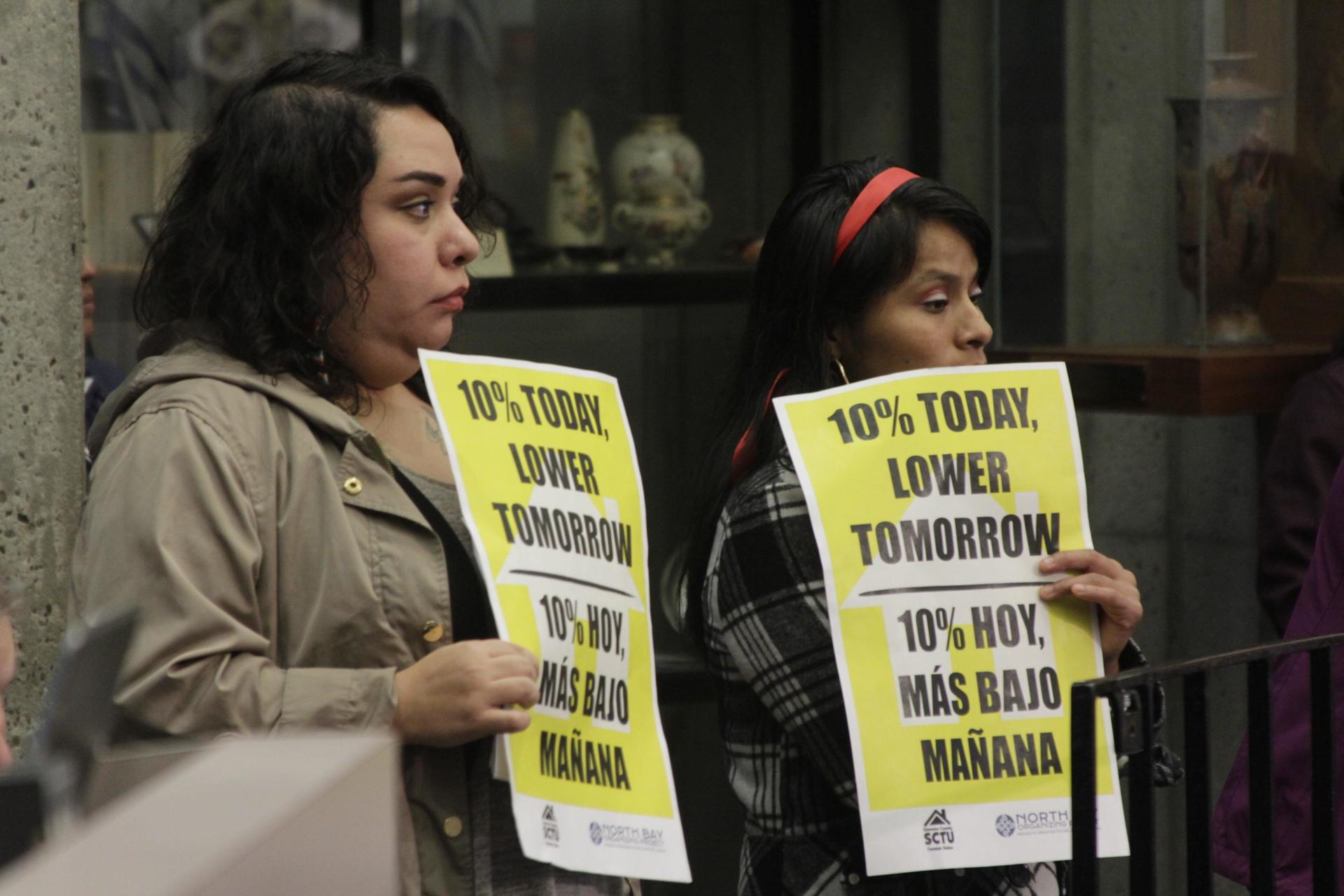