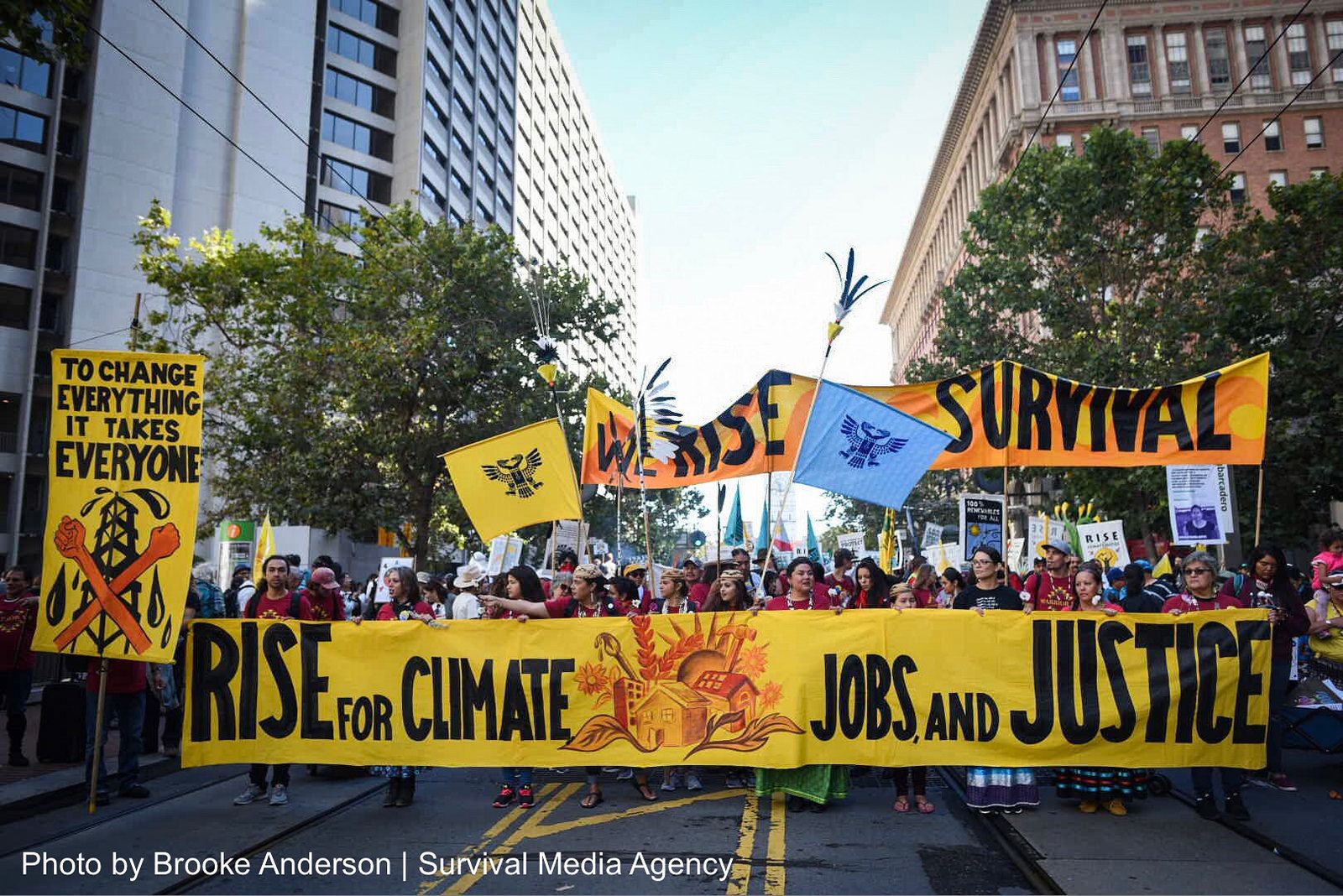 by Caryl Hart
Climate change is widely acknowledged as one of the most pressing problems in the world today. The Global Climate Action Summit, September 12-14 in San Francisco, will gather together thousands of those committed to addressing this threat.
(Photo: Indigenous groups march for climate justice Sept. 8, 2018)
While there have been meetings and summits across the planet to address climate change, the Global Climate Summit will highlight actions by states, local governments, corporations, academia, and citizens from across the globe to mitigate and adapt to climate change. Beyond this, the Summit will seek to highlight what needs to be done to reduce emissions, change patterns of land use, and innovate to keep temperatures rising at less than the two degrees centigrade broadly agreed as the level at which climate change will cause irretrievable harm to our planet and its inhabitants.
I am very excited to be attending the summit and to share highlights. Leading up to the Summit, I have spent hours searching through the nicely designed website, http://globalclimateactionsummit.org, and I recommend it. It is a true one stop shop on climate research and action, and I have not seen anything nearly as complete in documenting impacts of climate change and the variety of efforts around the world to address it. It is one of the earliest and most impactful results from the work leading up to the Summit.
Climate actions led by states, cities and businesses that represent approximately one-half of the US economy are already making a huge difference, although much more needs to be done.
After the US withdrew from the Paris Agreement, more than 900 businesses publicly pledged to fight climate change, including Fortune 500 companies spanning many industries. Summit participants are expected to make substantial climate commitments to support climate action in five key areas: Healthy Energy Systems, Inclusive Economic Growth, Sustainable Communities, Land and Ocean Stewardship and Transformative Climate Investments.
While I will be at the summit to help act as the eyes and ears for those who can’t attend, the summit will be broadcast on YouTube, Facebook and Twitter. In addition, there are a number of events that are happening all over the Bay Area, known as affiliate events, that are largely free and open to the public. The link to these events is http://globalclimateactionsummit.org/events-calendar/
Send your questions or ideas for our coverage to Northern California Public Media via This email address is being protected from spambots. You need JavaScript enabled to view it..