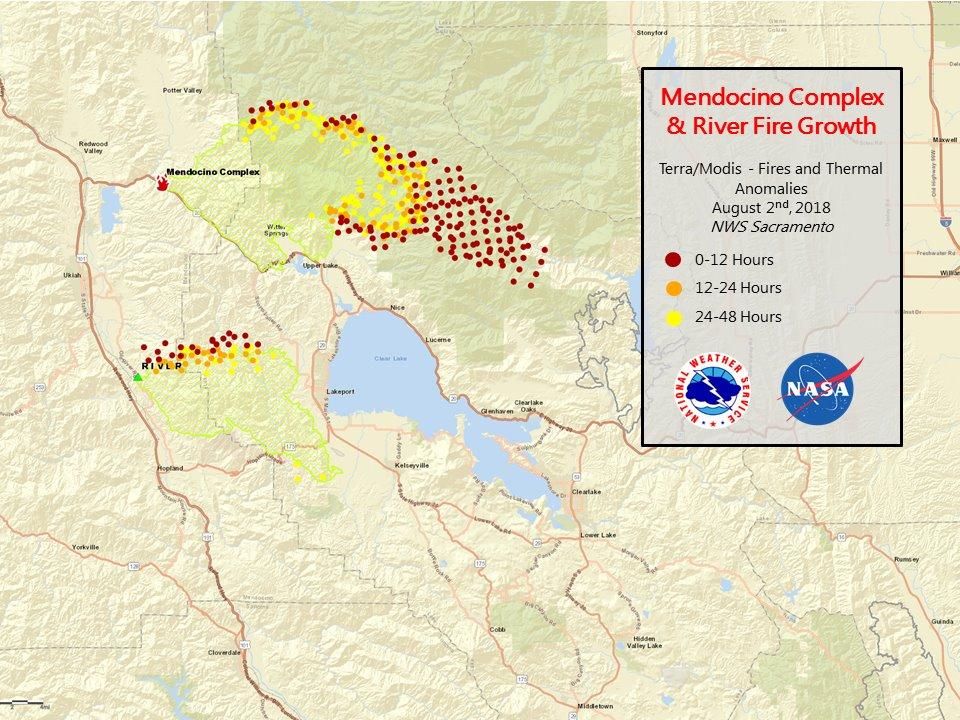 The Mendocino Complex fires have consumed 110,166 acres and destroyed a combined 14 residences and 24 outbuildings.

As of 9:00 am Thursday, The Lake County Sheriff’s Office issued a Mandatory Evacuation in Western Lake County. The Mandatory Evacuation area is west of Lucerne at Bartlett Springs Road and Highway CA-20, south of the fire, east of the fire, north of Clear Lake including the communities of Blue Lakes, Upper Lake, Nice, Lakeport, Witter Springs, Bachelor Valley, Scotts Valley, Saratoga Springs.

“For most of the night, both fires remained active in the upper elevations. The ridgetops reached peak relative humidity around midnight and then began to drop. The valleys and drainage's remained far less active and the fire was not as active in the unexposed areas. Firing operations on both fires took well and increased containment line. The fire continues to spread into the Mendocino National Forest and crews are scouting for opportunities ahead of the active fire's edge. Fire crews are fighting the fire aggressively. Very steep terrain and fire intensity on the fire front make it difficult to insert crews in certain areas of the fire.”

To sign up to receive news releases and fact sheets for the Mendocino Complex click the link.