"The End of Growth"

Climate change, mounting consumer and government debt, and the coming scarcity of cheap fossil fuels. Together, says one local analyst, they spell an end to surging economic growth.

In addition to climate, energy and debt, Richard Heinberg, the Santa Rosa analyst and author of The End of Growth notes another factor that will inhibit future economic expansion—our rapidly increasing global population. 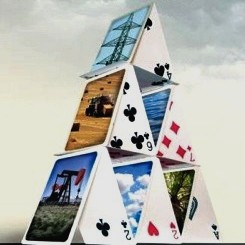 Some forecasters believe that China may emerge as the next driver of international economic expansion. But Heinberg cautions that their recent growth is no more sustainable than that of the industrialized west.

But Heinberg predicts that  hard times are heading for the European Union even sooner.