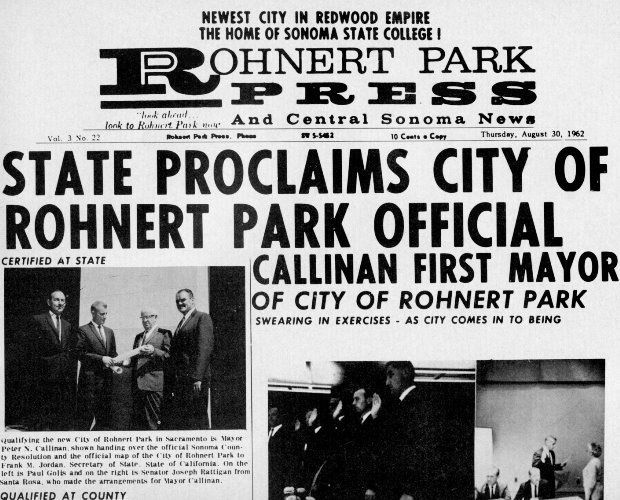 From a rural seed farm to a suburban city with a population of more than 42,000, Rohnert Park is a city with a succinct civic history, which is now on display in a newly published photo book.

Tim DanisiAttorney Pete Golis was the driving force behind the creation of the City of Rohnert Park. His vision was for a residential community with eight neighborhoods, each with its own park, school and swimming pool, and that blueprint can still be seen in many parts of present day Rohnert Park.

But after the municipality was incorporated in 1962, reports Tim Danisi, President of the Rohnert Park Historical Society, Golis' influence waned. 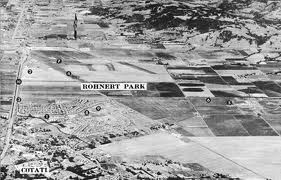 Even before Rohnert Park became a city, it was traversed by the railroad, even though there was never a station there. Still, Danisi says, Golis' envisioned the trains being a significant presence in his town.

One other notable institution in Rohnert Park is the region's only public television and radio station. Yes, that would be KRCB. But Danisi notes it was largely through some astute negations with the city that the stations secured their home here.

Tim Danisi will be signing copies of his new book Saturday afternoon, March 24, at the Cotati Corner Wine Shop in downtown Cotati from 2-4 pm.