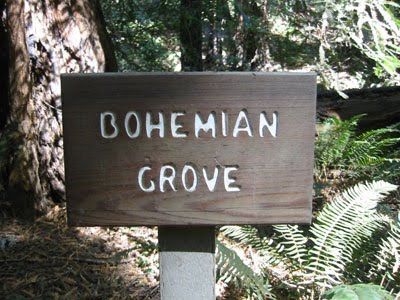 This summer could see the revival of a long-standing leftist tradition in western Sonoma County—colorful protest demonstrations against the 1% when they gather to recreate under the redwoods at Bohemian Grove. 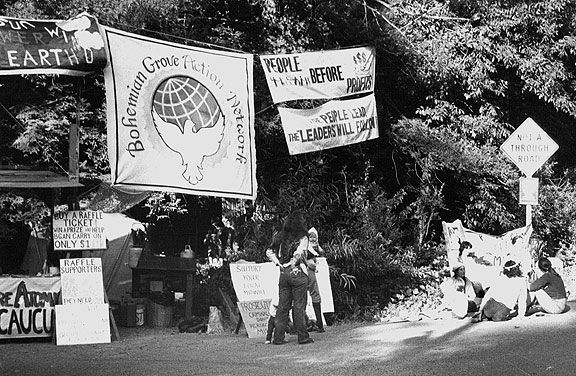 Protest demonstrations like this were a constant and conspicuous presence outside Bohemian Grove in the 1980s and 90s.The history of staging protests outside the summer encampment at Bohemian Grove stretches back more than three decades, recounts long-time organizer Mary Moore. At that time, the galvanizing issue was nuclear proliferation. 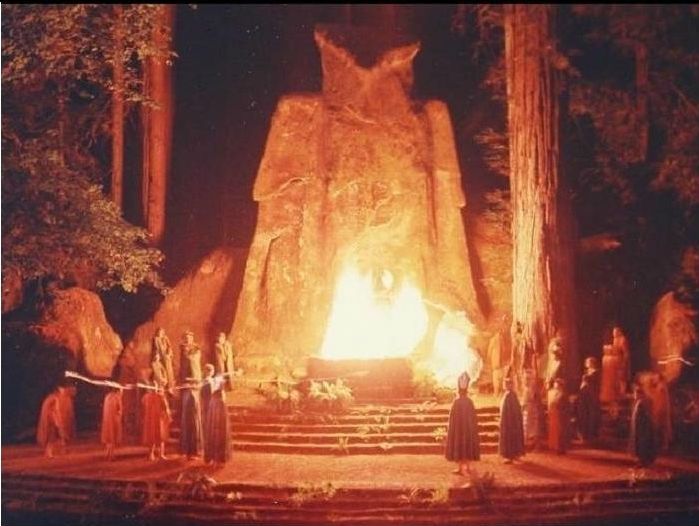 A depiction of the strange "cremation of dull care" ceremony that marks the opening of the annual summer encampment at Bohemian GroveThe members of San Francisco's elite Bohemian Club and the friends and guests who join them at their summer encampment near the Russian River are a literal personification of the 1%, as conceptualized by Occupy Wall Street, suggests Glenn Tryon.

This year's planned one-day protest outside the Bohemian Grove gates is a significant shift from the longer actions BGAN staged in past years, acknowledges Moore. But she says there are good reasons for doing things differently this year.