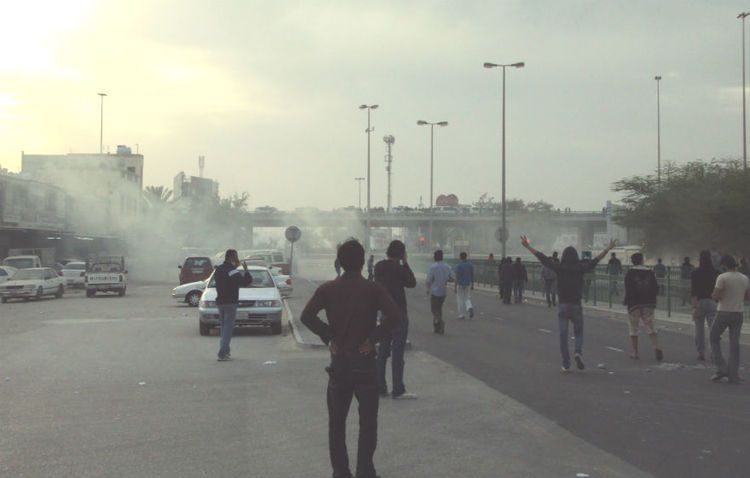 While Americans were celebrating Valentines Day earlier this month, pro-Democracy demonstrators in the small Arab nation of Bahrain were observing the one-year anniversary of their protests. A Santa Rosa peace activist had hoped to be there for the occasion, too, but her visit was cut short by government forces.

Linda Sartor (right) and a Bahraini demonstrator named Ahmend don gas masks before venturing out near a protest site.As has been the case in other "Arab Spring" nations, explains Santa Rosa human rights activist Linda Sartor, the unrest in Bahrain is being driven by a majority population that has been controlled and repressed by the minority that has held power for many generations. 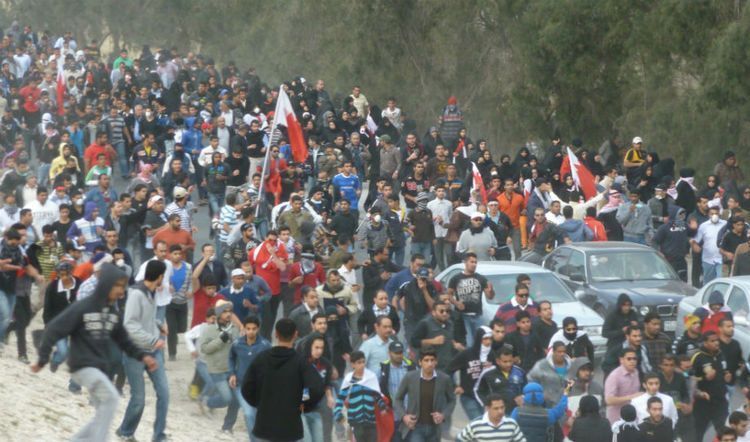 A throng of protesters march toward the demolished Pearl Roundabout on Feb. 13. Photos courtesy of Linda Sartor.On their first day in Bahrain, two members of the international group took part in a high-profile demonstration and were promptly arrested. It was that event, she believes, that led to her own arrest and deportation a few days later. The website created by those first detainees is WitnessBaharin.org. 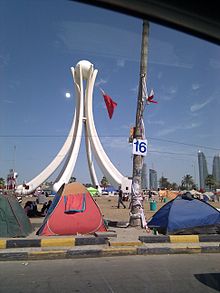 The landmark Pearl Roundabout in central Manama was the site of the first wave of pro-democracy demonstrations in Bahrain (seen here). It has since been leveled and cordoned off by the government.Even on the roads and highways around the capital city of Manama, Sartor reports, there is audible evidence of the ongoing protests.

Previous North Bay Reports have covered both Linda Sartor's 2011 peace-making trip to Afghanistan, and an internal view of the pro-democratic uprising in Bahrain.