The 17th United Nations Climate Change Conference in South Africa last winter didn't generate big policy initiatives. But it did have a lasting impact on one local man who attended it. 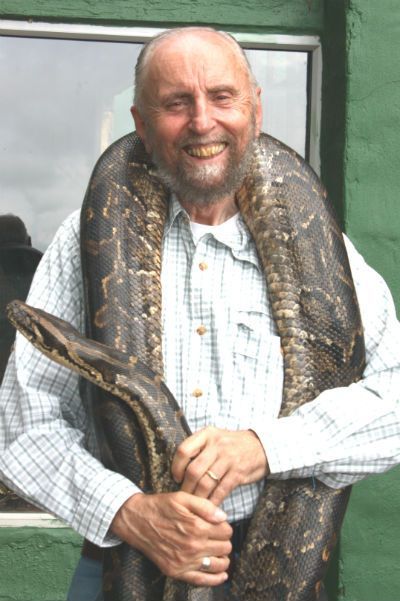 Fred Krueger gets friendly with the local fauna while in Durban, South AfricaSonoma County is positioned nearly midway between the poles and the tropics, those areas of the globe where the impacts of climate change are already being felt most disruptively. But Fred Krueger of Santa Rosa's EcoStewards, a delegate to the United Nations' COP 17 gathering in Durban, South Africa last December, points out that we are hardly immune to global changes here at home.

Forecasters at the international climate conference also identified some places where the accelerating problems caused by worldwide warming will hit hardest. And one of them, Krueger says, is not very far from us.

U.S Envoy Todd SternThere was a great deal of animosity directed at the United States at the Durban conference, reports Krueger, for this country's lack of action, much less leadership, on climate change issues. And ultimately, our official governmental response only reinforced those critiques.

It was an American college student who most effectively offered an alternate voice for the US citizenry, starkly refuting the official envoy in a public session at the conference.

Fred Krueger will be one of the featured speakers offering "Local Perspectives from the Durban Climate Conference" at the Share Exchange, at 7 pm on Tuesday, Feb. 28. They're located at 531 5th street in downtown Santa Rosa, and the event is free.