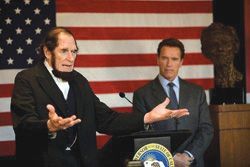 Roger Vincent as Abraham Lincoln, in a joint appearance with another actor at the state capitolAbraham Lincoln was born 203 years ago this week, yet remains the most admired president in US History. Little wonder, then, that he is also widely impersonated today. 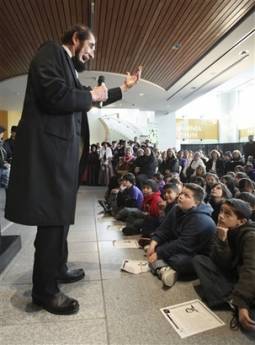 As someone who has spent decades studying the life and writings of Abraham Lincoln, Roger Vincent knows them thoroughly. But his favorite quote, from among the historic president's many speeches, is one that is not among the most familiar.

Lincoln is well remembered for the simple eloquence of his speeches, less so for his wit. But Vincent says he's come to appreciate the droll humor of the long-ago president. 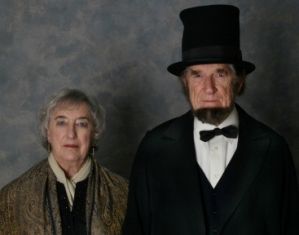 Coleen and Roger Vincent as Mary and Abraham Lincoln. The historic Lincolns are shown in the photo on the left.The most challenging part of playing Mary Todd Lincoln, says Colleen Vincent, is approximating accuracy in her costume from the days of whalebone corsets. 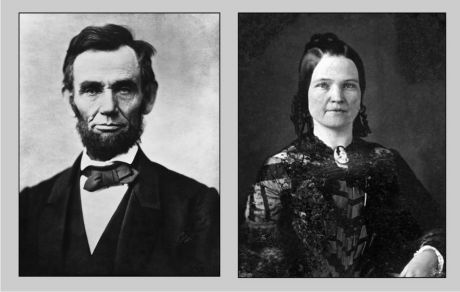