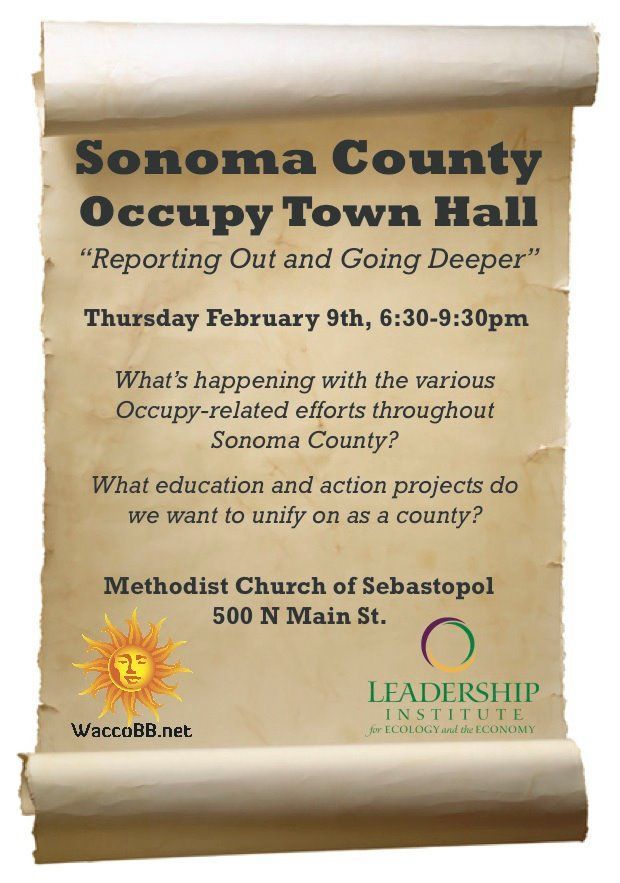 Many outside observers have suggested what they think the Occupy movement's goals and actions should be. But in Sebastopol, a conscientious subgroup is working to build answers to those needs from within, through coordination among all the local Occupy efforts.

For most observers, Occupy Santa Rosa has so far been mostly about the extended presence outside City Hall. But within in the group, explains activist Ben Brauner, the experience has been personal as much as political. 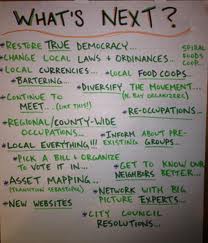 Having galvanized public attention, the Occupy efforts across the county now need to chose where and how to apply their energies next. Former Sebastopol Mayor Larry Robinson sees the Occupy Town Hall meetings he's helped organizer as a local venue for that process.

Occupy Sonoma County organizers are unequivocal in their disavowal of the violence that has stained Occupy Oakland. Yet Pastor Judith Stone of the Methodist Church of Sebastopol suggests that the full burden of maintaining the peace during confrontational demonstrations should not rest primarily with the protestors.