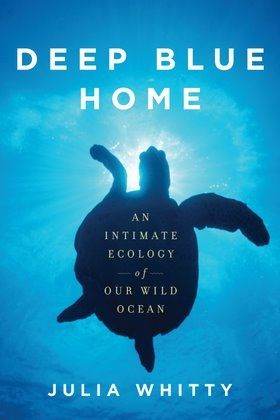 As an environmental writer, Julia Whitty reports on the oceans of the world and the life they support, from beneath the surface--in more ways than one. 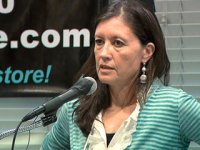 A scientist before she became an ecological jounralist, Julia Whitty says she tries to offer readers a literary link to the natural world, not just in Deep Blue Home, but in most of her work.

Whitty recognizes that her journalism, both in film and print, has given her many rare and remarkable experiences in the natural world. In order to fully express them to readers, she explains, she has to introduce some of her own response to those sights and events in her writing, both in her blog, and her book. 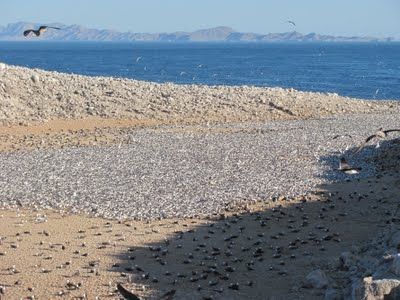 Elegant Terns nest close together, pushing out the larger and darker gulls in this small valley on Rasa Island. Julia Whitty photo.Last sumnmer, Whitty revisited Rasa Island in the Sea of Cortez (right), an important nesting site for endangered Elegant Terns and Heerman's Gulls. Following a successful effort to erdicate rodent invaders there, she reports that the rookery is thriving once again.